Depending on the country of origin of the attachment points are slightly different.

-under the hood take out the caps (inserted from top to bottom) that secure the grille and the upper bumper section.

-(if any) in the corners of the grille release the latch.

-if necessary, remove the grille (bottom rests on the latch).

-Unscrew the screws and take out the caps (twisted and inserted from the bottom up) around the perimeter in the bottom part that attach the wheel arches and protection.

-wrenched the wheel to the left or right side, depending on which side will dismantle.

-wheel arches take out the caps and Unscrew the screws that secure the plastic covers and wheel arches.

-we release the lining of the bumper (hold on clips) and Unscrew one screw on each side.

-with the assistant release the latch in the wings and bumper pulls gently on yourself. 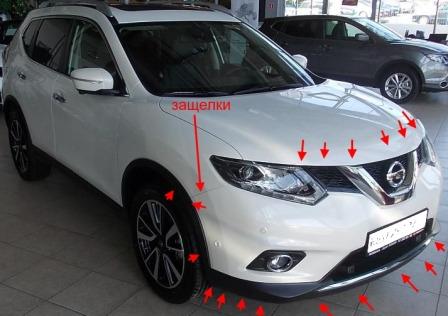 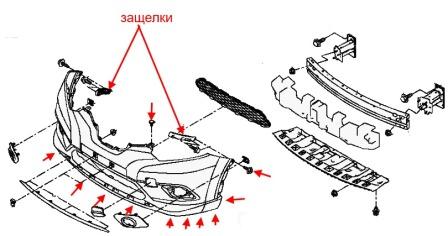 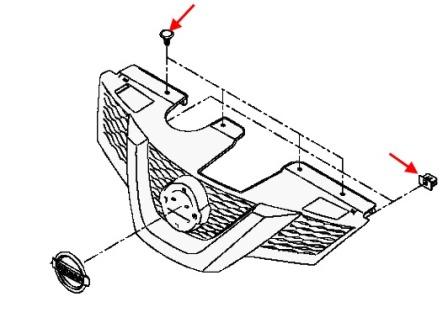 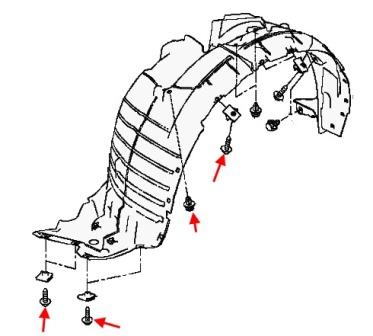 -in the wheel wells, Unscrew the screws holding the wheel arch liners and pads (to remove the wheels easier to turn a ratchet with a nozzle).

-release the wheel arches from the bumper (hold on clips).

-open the trunk lid and remove the opening plugs.

-under the plugs, Unscrew one screw on each side that secure the upper part.

-with an assistant, carefully release the clips in the wings and pulls the bumper itself. 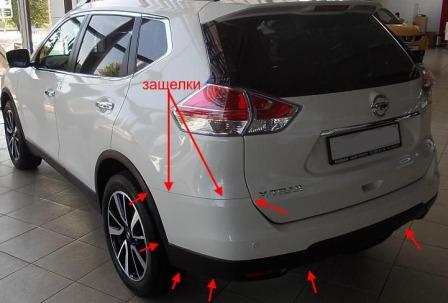 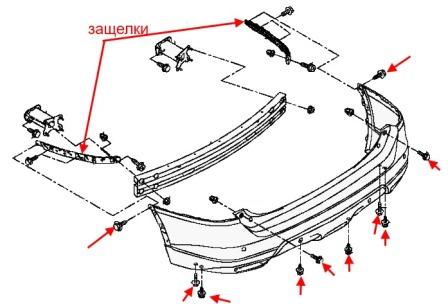