-open the hood, Unscrew the two screws and take out one piston (twisted and inserted upside down).

-in the lower part, Unscrew the seven screws (spun up).

-pushed aside and wrenched the wheel arches on each side one screw (spun up), which attach the angles to the wings.

-with the assistant release the latch in the wings and pulls the bumper from the guides themselves. 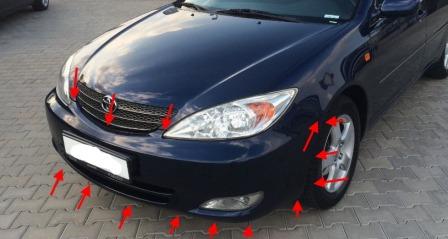 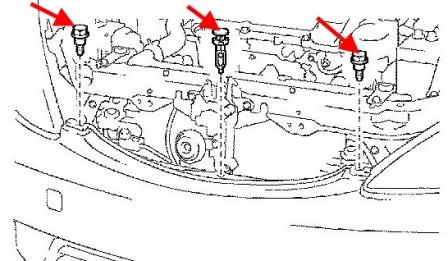 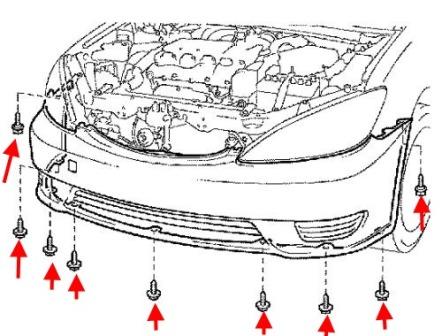 -in the boot remove the side trim (you need to access the inside of the wings).

-remove the plastic cover of the rear panel.

-Under the skins need to Unscrew the four screws and six nuts:

-Unscrew the four nuts in the rear.

-Unscrew one nut on each side under the rear lights.

-Unscrew two screws each side in the wings (spun down).

-move the wing flaps to the side and Unscrew one screw on each side that attach the angles to the wings (can not be).

-take out the caps on the perimeter in the lower part (inserted from the bottom up).

-with the assistant pulls off the guides themselves. 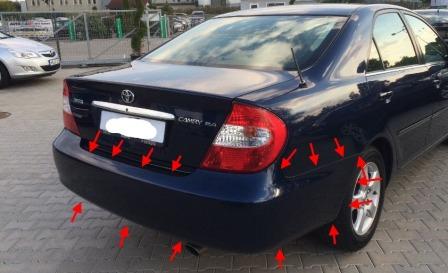 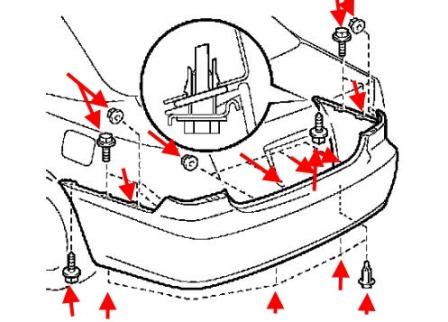