How to remove front and rear bumper Toyota Corolla Verso

Until 2007, the grille is removed separately from the bumper. Otherwise the attachment is similar.

-under the hood, Unscrew the two screws and take out the three clips (twisted and inserted top to bottom) that secure the top part of the bumper (the grille).

-until 2007 unscrews under the grille two screws (spun down).

-around the bottom part Unscrew the screws (spun up).

-in the wheel arches and take out the clips wrenched the screws.

-move the wing flaps to the side and Unscrew one screw (spun upwards) holding the corners to the wings. 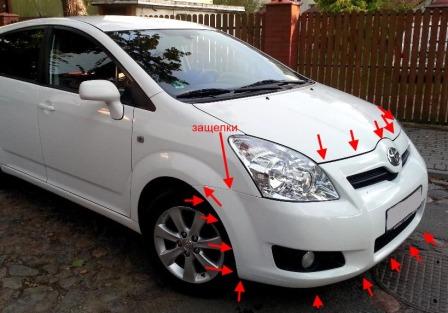 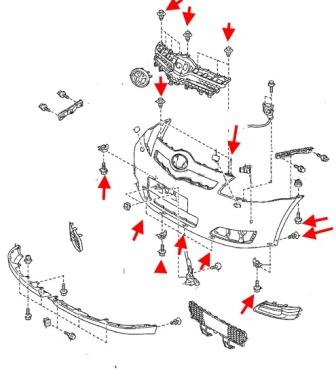 -open the boot lid and twisted in the opening one screw on each side (may not be).

-in the trunk remove the rear valance.

-under the skin Unscrew the two nuts (need head ratchet).

-in the wheel wells, Unscrew the screws and take out the rivets that attach the fender liner and mud flaps (if any).

-assistant free the bumper from the clips in the wings and under the tail lamps.

-pulls from the guides themselves. 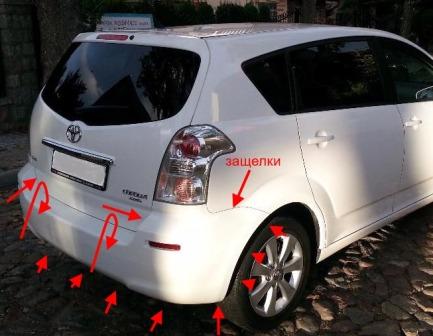