-open the hood and Unscrew the three screws (spun down) that secure the upper part of the bumper.

-in the lower part, Unscrew the six screws (spun up).

-with the assistant release the latch in the wings and under the headlights, remove the bumper from the guides themselves.

-if you have headlight washers, disconnected the hoses (hose will need to bend either to drain fluid into a container).

-if there is remove the connectors with electrical equipment. 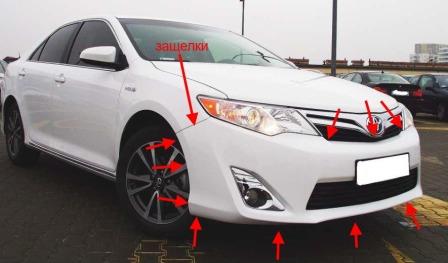 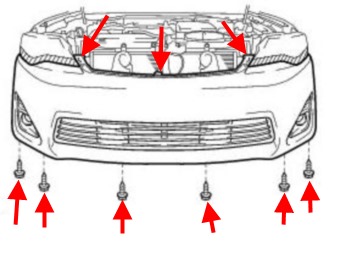 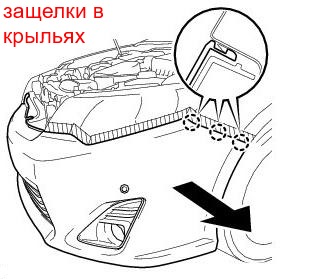 -open the trunk lid and over the opening, near the rear lights, using a thin screwdriver, pull out the plugs.

-under the plugs, Unscrew the screws, one on each side.

-assistant free the bumper from the clips in the wings and under the rear lights, pulled off of the guide itself.

-remove connectors with additional equipment (if any). 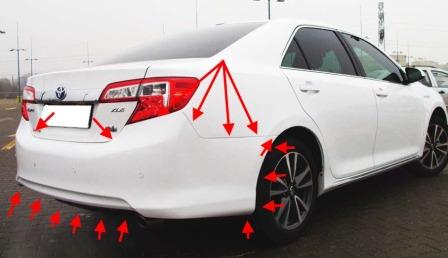 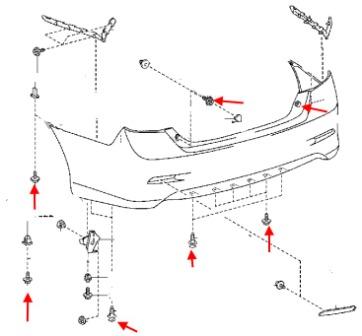 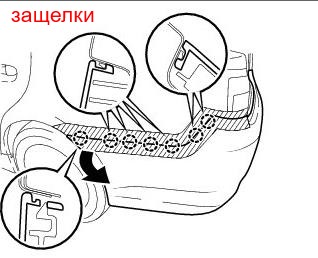