-open the hood and remove the front strap three clips (can be screws). 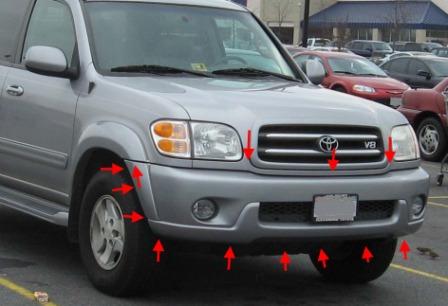 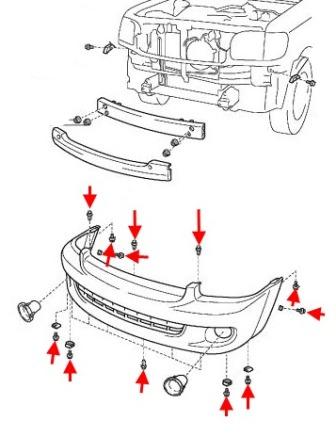 -open the trunk lid, Unscrew the edges of two screws on each side and remove the covering threshold.

-behind the plate, Unscrew the six screws that secure the upper part of the bumper.

-in the wheel wells, Unscrew the screws and take out the clips holding the wheel arch liners (to remove the wheels easier to twist a ratchet with a nozzle).

-on the perimeter in the bottom part unscrews the screws and take out the caps (twisted and inserted from the bottom up).

-assistant free the bumper from the clips in the wings and shoot on themselves.

-remove connectors with additional equipment (if any). 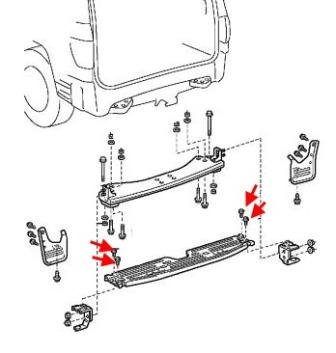 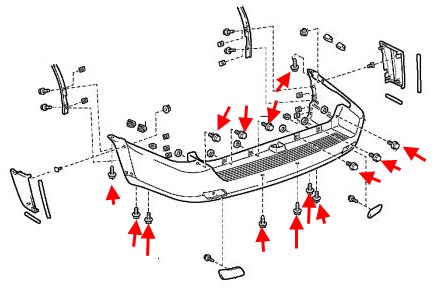