Depending on the year and model of attachment can vary.

The attachment of front and rear bumpers of the Chevrolet Trax is almost identical to the Buick Encore and Opel Mokka.

-under the hood take out the eight clips and remove the trim.

-under the pickguard, Unscrew the screws that secure the top.

-released from the latches lining of the wings.

-attach the fender liner to the side and Unscrew one screw on each side holding the corners of the bumper to the wings (if any).

-we release the latch in the wings (gently pull the corners themselves) and under the headlights. 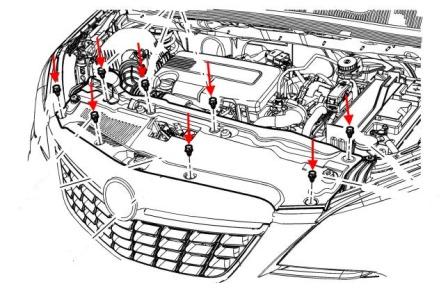 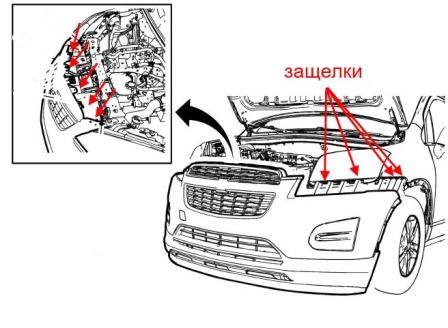 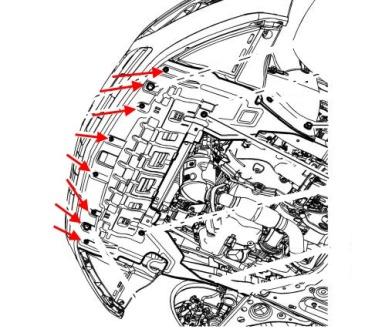 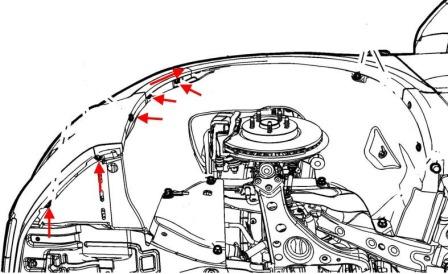 -take out the caps and Unscrew the screws (twisted and inserted from the bottom up) that secure the lower part.

-released from the latches lining of the wings.

-wheel arches Unscrew the screws that attach the fender liner to the bumper and bumper corners to the wings. 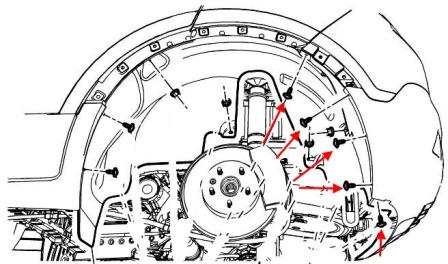 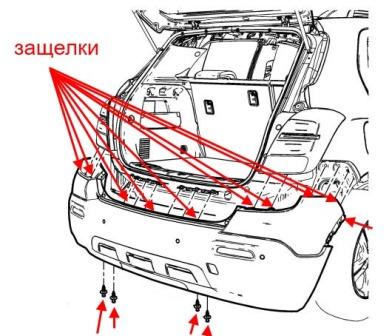