How to remove front and rear bumper Chevrolet TrailBlazer (after 2013)

-under the hood, Unscrew the ten screws (spun down) that secure the cover plate and the upper part of the bumper.

-around the bottom part Unscrew the five screws (spun up).

-wheel arches Unscrew two screws on each side. 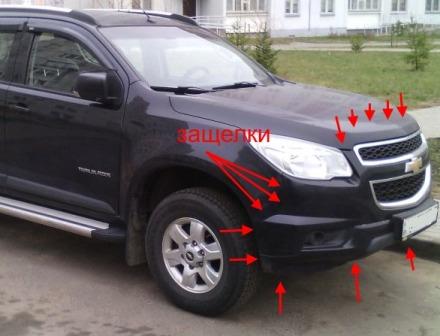 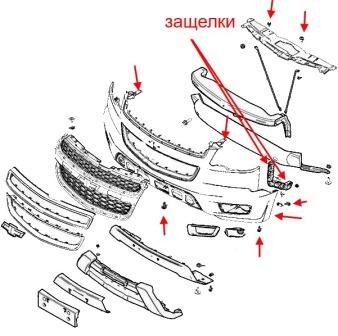 -in the wheel wells, Unscrew the screws holding the wheel arch liners, mud flaps and corners of the bumper. 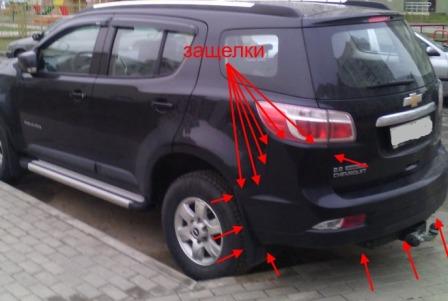 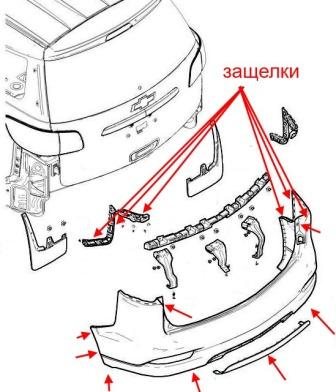