-under the hood take out the six caps and Unscrew the two screws that secure the top.

-wrenched the wheel, depending on which side we understand.

-wheel arches Unscrew three screws on each side holding the fender liner.

-also the lockers in the depth of the wing Unscrew three screws on each side (will need head with extension).

-at the bottom, Unscrew the two screws (spun up).

-with the assistant gently pulls the bumper forward from the guides (don't want to break the wires). 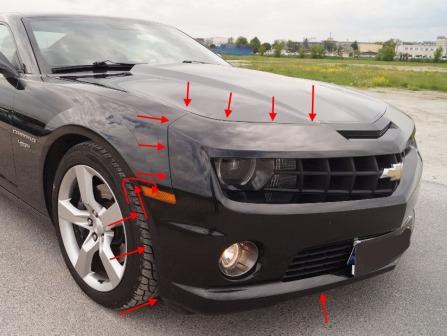 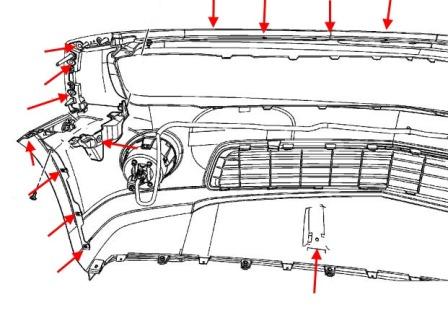 -above the rear lights pulled three pistons on each side and remove the pads.

-under plates remove the connectors from the rear lights.

-Unscrew the screws (spun upwards) holding the corners to the wings.

-now the bumper is held only by the latches. Pull the corner itself, freeing the latch in the wings. Then, with the assistant gently pulls the bumper back (release the clips under the rear lights and opening boot). 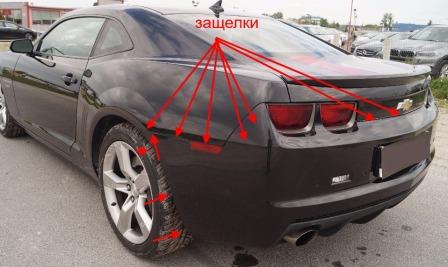 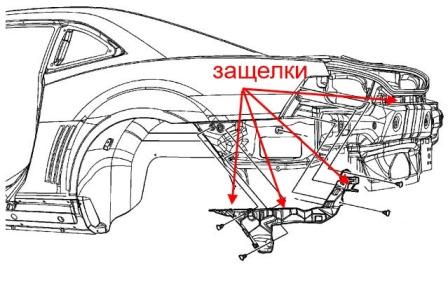