-under the hood, Unscrew the three screws that secure the grille.

-under the turn signal, Unscrew one nut on each side and remove grille.

-Unscrew the two screws under the grille .

-Unscrew the two screws on the edges of the grille in the bumper and remove it (rests on the latch).

-under the grille, Unscrew the two screws (spun up).

-with the assistant pulls the bumper forward from the rails. 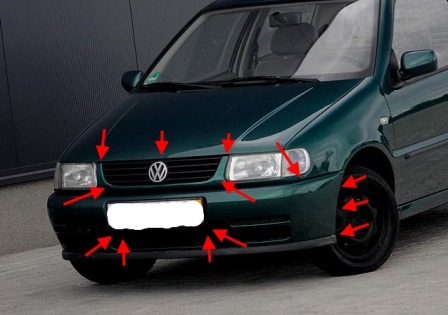 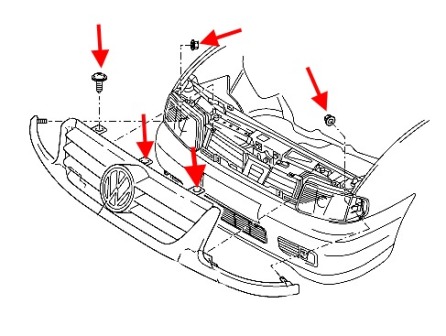 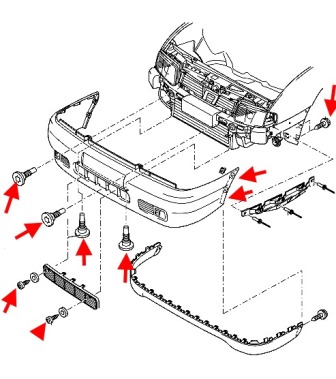 -Unscrew the screws in the wheel arches(not to remove the wheel, remove ratchet with a nozzle).

-open the boot lid and twisted in the opening three screws.

-With an assistant, pull the bumper forward from the guides. 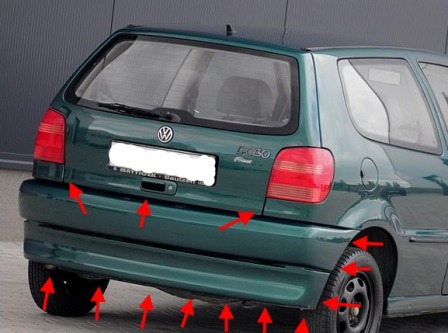 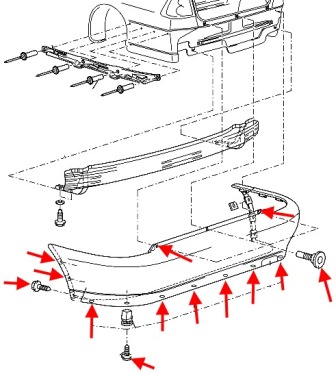