How to remove front and rear bumper VW EOS

-Unscrew the two screws on the edges of the grille under the hood and two under the license plate.

-we release the two latches in the center of the hood and remove the radiator grille moving forward.

-Unscrew the four screws under the grille.

-turn wheels to the side and Unscrew the screws that attach the fender liner to the bumper.

-move the wing flaps to the side and Unscrew one screw on each side in the corners (twisted up), and unblock the mounting rails.

-with the assistant pulls the bumper forward from the rails.

-you can now unplug the connectors from the fog lights (if any).

-disconnect hose of headlight washer system (if any).To from the reservoir was leaking fluid, you will need to drown out the hoses or tubes to bend. 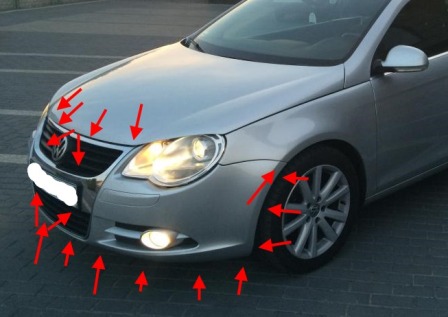 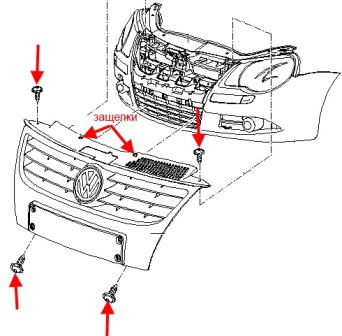 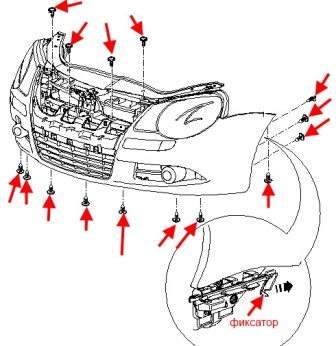 -open the trunk lid and remove cover of the rear lights (mounted on the latches).

-in the trunk remove side panels and Unscrew the nuts securing the tail lights.

-under the rear lights Unscrew three screws on each side (twisted upside down).

-Unscrew the screws at the bottom (spun up).

-Unscrew the screws in the wheel arches(not to remove the wheel, remove ratchet with a nozzle).

-for wheel arch liners pull out one piston on each side in the corners (spun up).

-With an assistant, pull the bumper back from the guides. 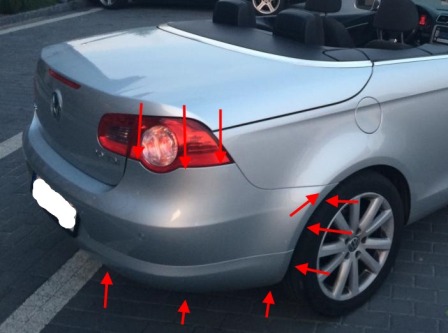 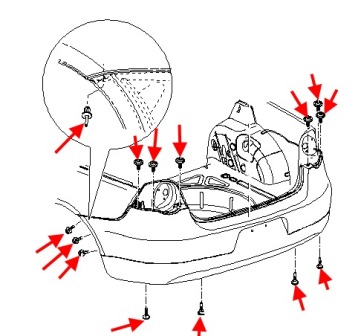 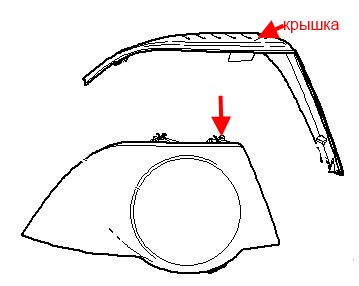