How to remove front and rear bumper VW POLO (after 2009)

-move the wing flaps to the side and Unscrew one screw on each side (spun upwards) holding the bumper to the wings.

-under the hood, Unscrew the screws securing the headlights and move forward, remove headlamp from the lower mounts.

-Unscrew the two screws on the edges of the grille (spun down).

-we release the bumper from the clips, two under the headlights, and four on the grille.

-with the assistant pulling the edge of the bumper to the sides, tearing off the latches, and pulls him forward. 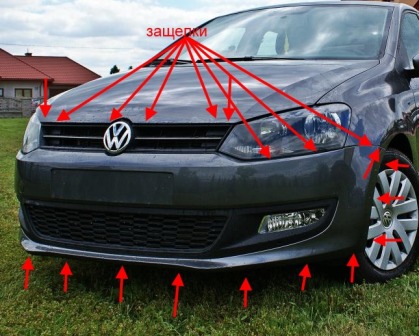 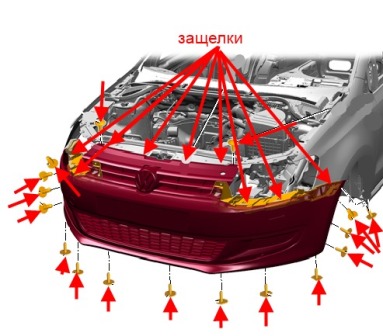 in the trunk remove the side plugs (need to access the tail lights).

under the plugs, Unscrew one screw on each side, separates the chips and remove the tail lights.

-Unscrew the screws and take out the caps on the perimeter in the bottom (spun up).

-Unscrew the screws in the wheel wells that secure the bumper to the wheel arches and the guide(to remove the wheels, loosen the ratchet with a nozzle).

-move the wing flaps to the side and twisted at the corners with one screw on each side (spun up).

-release the fasteners in the wings (pull the edges apart).

-With an assistant, pull the bumper back from the guides.

-remove the connectors from the light plate. 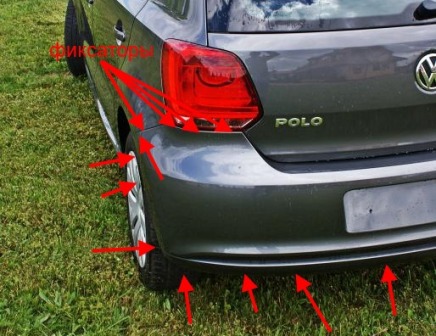 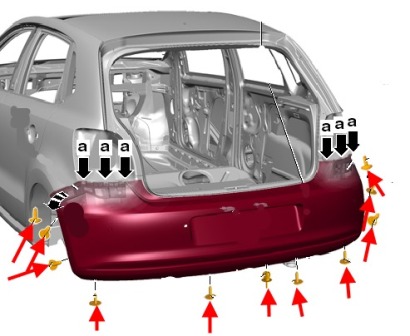