How to remove front and back bumper Honda Prelude

The schemes of fastening of bumpers. Arrows indicate location of bolts, nuts, rivets and latches.

The bumper is removed together with the iron frame (you need to Unscrew the bolts and nuts below the headlight on the engine side). You also need to pull the clips between the headlight and Unscrew the screws in the wings (spun up). 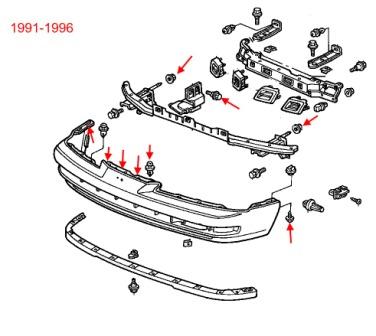 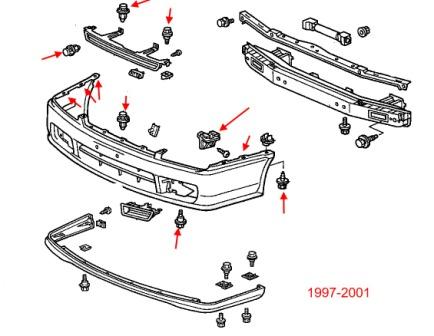 Wheel arches wheel arches and Unscrew the screws (spun upwards) holding the corners to the wings. Take out the caps on the perimeter of the bottom. Further from the trunk, Unscrew the four nuts and remove the bumper with the iron frame or remove the rear lights and take out nine of the caps, then the frame remains in the body. 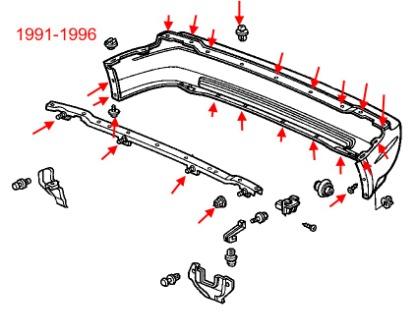 Open the trunk lid. In the opening of the trunk pulls out three clips. Take out the caps and Unscrew the screws that attach the lower part. Unscrew the screws in the wheel arches that secure the fender liner and the screws (spun upwards) holding the corners of the bumper to the wings. We release the latch in the wings and under the tail lamps. 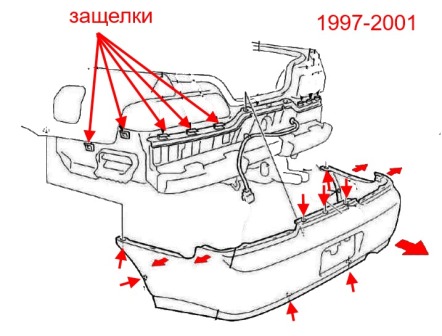