Depending on the year of the attachment points are slightly different.

-under the hood take out eleven percussion caps and remove the strip over the grille.

-under the panel pull out the two clips that secure the upper part.

-take out two pistons and Unscrew the four screws around the edge of the hem.

-depending on hand wrenched the wheel.

-wheel arches vacated lockers and Unscrew one screw on each side (spun upwards) holding the corners of the bumper to the wings.

-we release the latch in the wings and under the headlights (gently pull the corners to the sides and forward).

-with the assistant remove a bumper (watching not to cut wires). 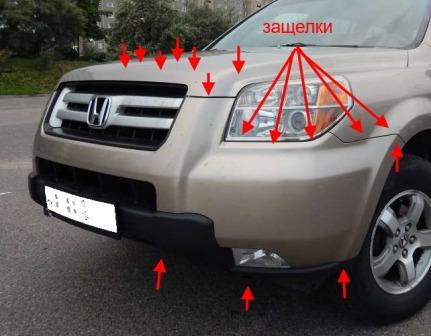 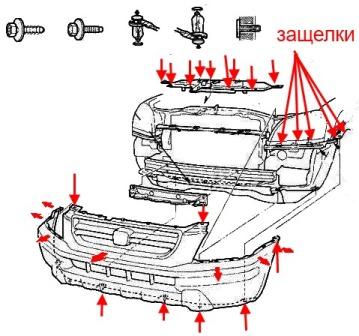 -wheel arches Unscrew three screws on each side (the ratchet attachment to remove the wheels).

-for wheel arch liners Unscrew one screw on each side holding the corners of the bumper to the body (spun up).

-Unscrew at the corners of the opening two screws.

-we release the latch in the wings, behind the rear lights and opening boot (pull the corners to the sides and back). 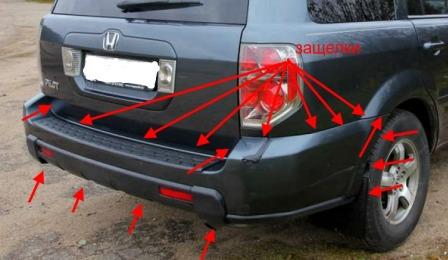 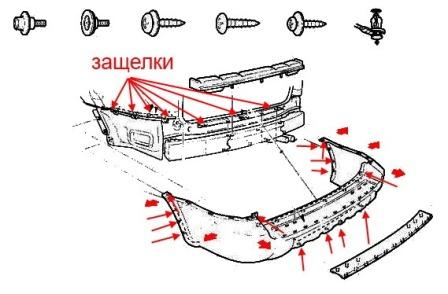