-take out the clips that secure the trim over the grille.

-release and remove the cover.

-under the pickguard, Unscrew the two screws that secure the top.

-around the bottom part Unscrew the screws and take out the caps (twelve pieces, twisted and inserted from the bottom up).

-with an assistant, carefully release the clips in the wings and under the headlights (pull the corners to the sides and forward).

-remove the connectors from the fog lights and other electrical equipment (if any). 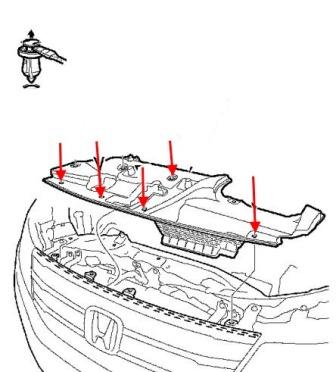 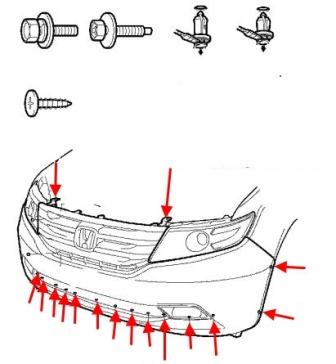 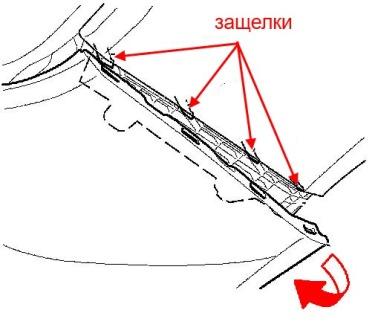 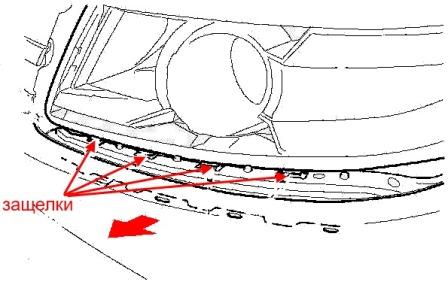 -wheel arches Unscrew three screws on each side holding the fender liner.

-carefully with the assistant release the latch in the wings (pull the corners apart).

-we release the latch in the opening of the trunk and pulls the bumper back.

-snap together the connectors of the sensors and other equipment (subject to availability). 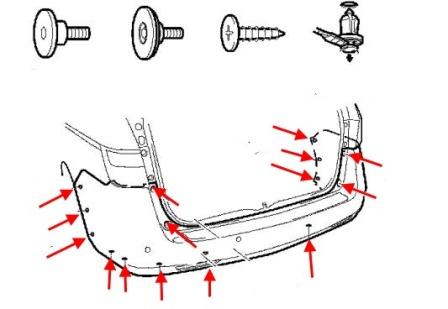 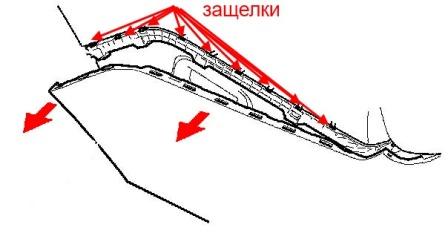 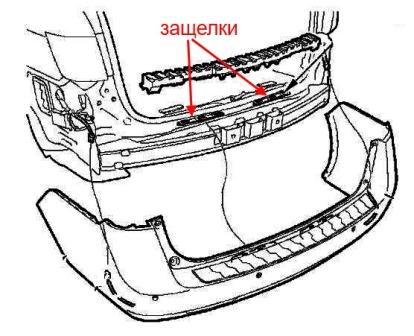