-under the hood, take out the clips and remove the grille (held by the latches).

-depending on hand wrenched up to the stop of the wheel (easier if wheels removed).

-attach the fender liner to the side and Unscrew three screws (3.0 screw four) on each side (spun upwards) holding the corners of the bumper to the wings. 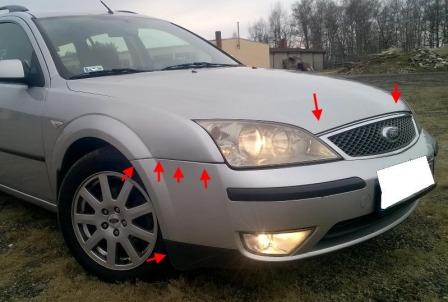 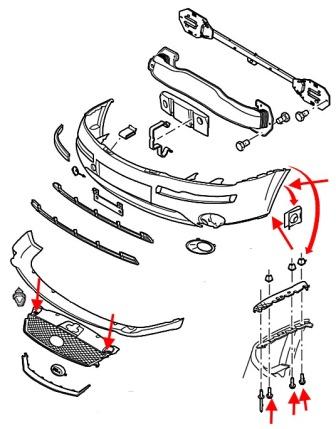 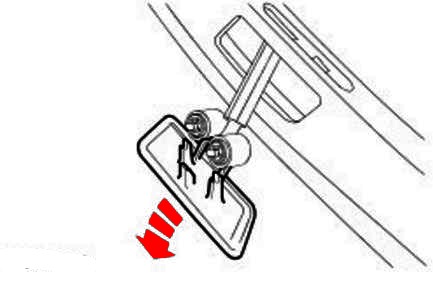 -in the opening Unscrew the two screws (if any).

-(depending on body type) from under the car Unscrew two or four screws or two screws.

-remove the fender liner to the side and Unscrew two screws on each side holding the corners of the bumper.

-we release the bumper from the guides in the wings and opening the trunk and carefully pulls back.

-remove sensors sensors (if any). 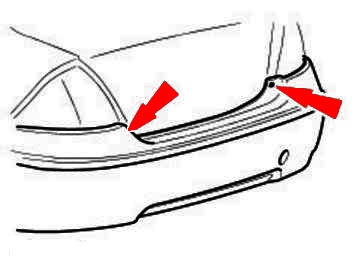 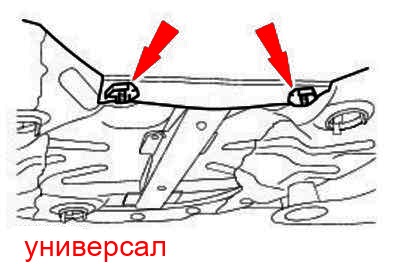 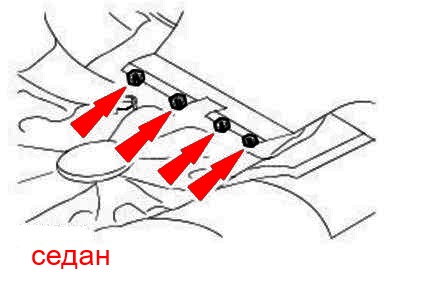 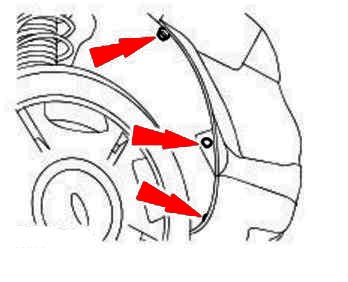 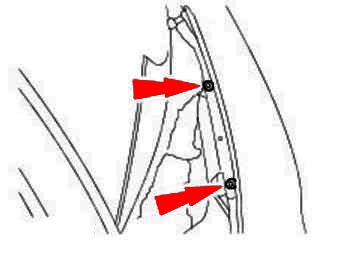 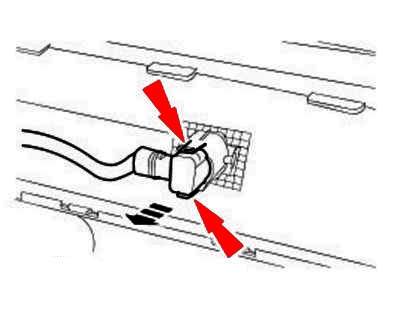