Ford Focus second generation, there are more than twelve of body modifications, including the restyled.Despite the external difference, the attachment of bumpers are very similar and describe every modification, I will not.

-under the hood take out the caps (can be screws) that secure the grille (the bumper).

-released from the latches and remove the grille.

-under the grille and pull out the caps (can be screws or just clips) that secure the upper part of the bumper.

-on the perimeter in the bottom part Unscrew the screws (spun up).

-remove the fender liner to the side and Unscrew three screws on each side (screw maybe two on the side or one end) holding the corners of the bumper to the wings.

-with the assistant pulls the corners and gently pulls the bumper itself. 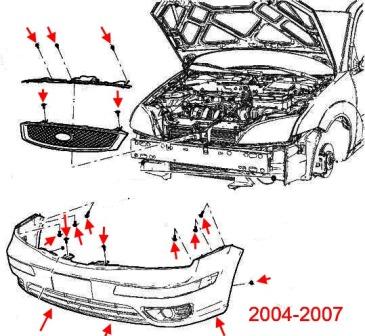 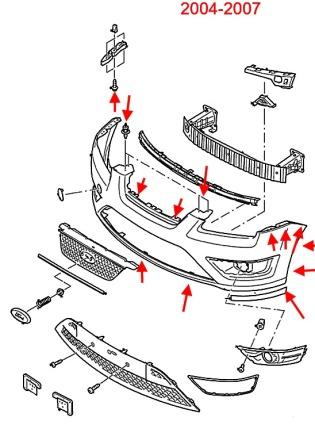 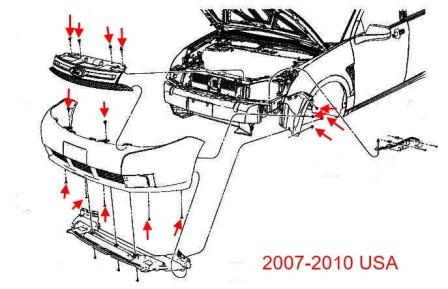 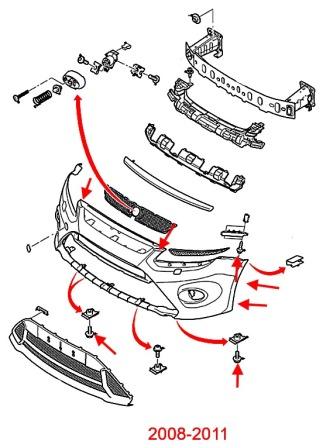 -in the side panels openable hatches and Unscrew the nut in the inner part of the wings.

-in the opening of the trunk and pull out the caps (can be screws).

-(if needed) remove the tail lights and Unscrew the screws under them.

-Unscrew the screws in the wheel arches (so as not to remove the wheels easier to turn a ratchet with a nozzle).

-remove the fender liner to the side and Unscrew one nut on each side holding the corners of the bumper to the wings (there may be screws).

-with the assistant pulls the corners and gently pulls the bumper back.

-snap together the connectors for the sensors sensors (if any).

-remove the connectors from the equipment (subject to availability). 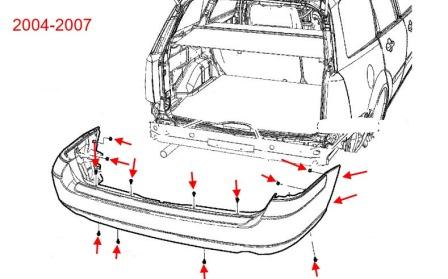 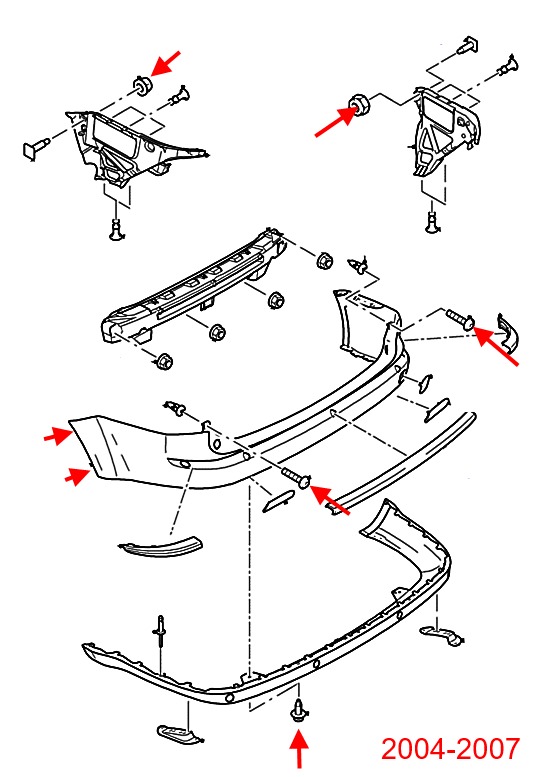 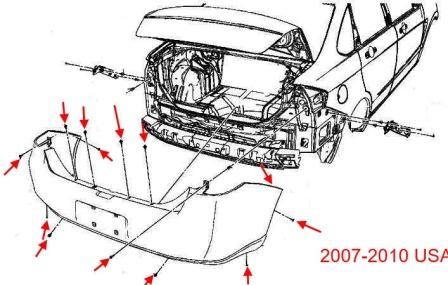 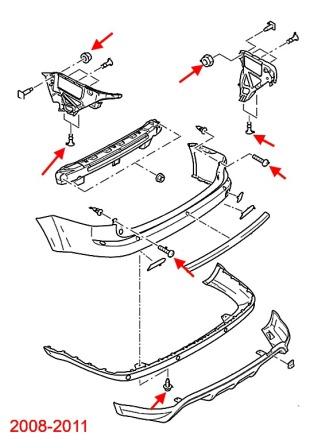