How to remove front and rear bumper Ford Flex

-under the hood, Unscrew the two screws and take out the four clips (twisted and inserted upside down).

-on the perimeter in the bottom part Unscrew nine screws (spun up).

-wheel arches Unscrew three screws on each side.

-with the assistant release the latch in the wings (pull the corners to the sides), and gently pulls the bumper itself. 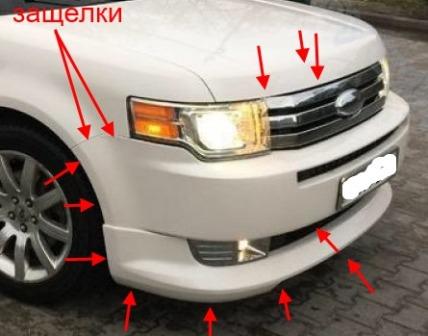 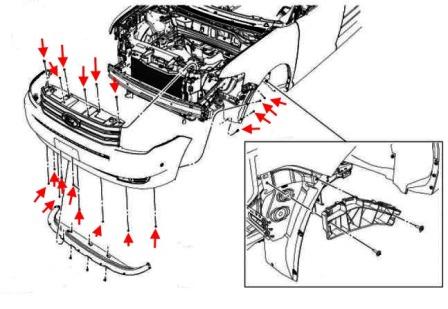 -Unscrew two screws each side and remove the tail lights.

-free mounts under the rear lights.

-in the opening of the trunk, Unscrew the five screws.

-Unscrew three screws on each side in the wheel arches (so as not to remove the wheels easier to turn a ratchet with a nozzle).

-Unscrew the two screws in the aperture plate.

-with the assistant release the latch in the wings, and gently pulls the bumper back.

-snap together the connectors for the sensors sensors (if any). 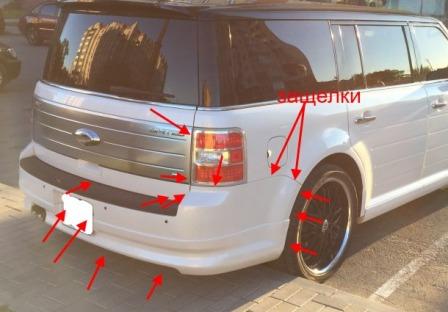 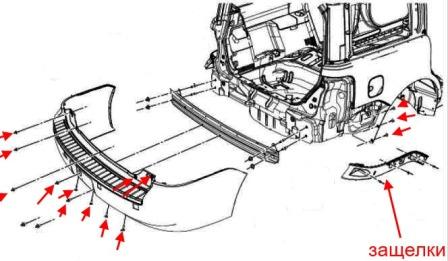 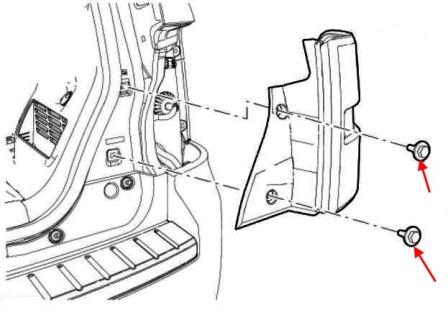