Depending on the year of the attachment points are slightly different.

-under the pickguard, Unscrew the screws (spun down) and pull up the radiator grille (lower part rests on the latch)

-under the grille, take out the caps.

-remove the fender liner to the side and Unscrew one screw on each side (spun upwards) holding the corners of the bumper to the wings.

-perimeter of the lower part and pull out the caps and Unscrew the screws.

-switched the washer hoses (may leak the fluid). 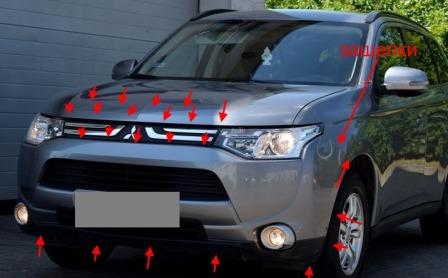 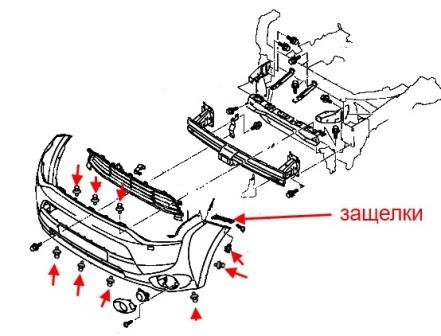 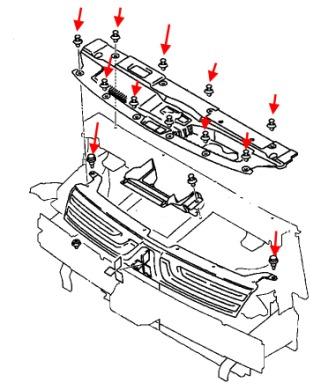 -in the opening of the trunk Unscrew two screws on each side and the screws that secure the stops.

-take out the caps and Unscrew the screws around the perimeter of the lower part (inserted and spun up).

-the lockers take out one piston on each side (inserted from the bottom up) holding the corners of the bumper to the wings. 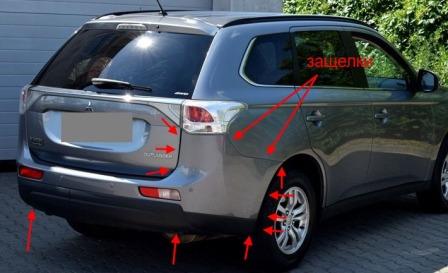 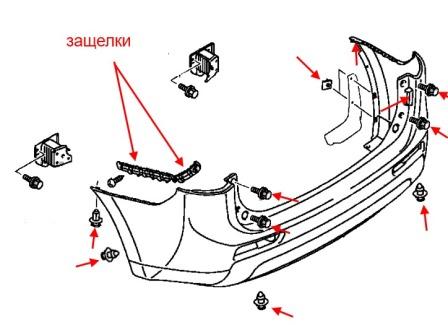