-remove the grille (held on latches).

-under the grille, Unscrew the screws.

-Unscrew the screws (spun down) that secure the upper part of the bumper.

-remove the fender liner to the side and take out one piston on each side (inserted from the bottom up) holding the corners of the bumper to the wings.

-perimeter of the lower part and pull out the caps and Unscrew the screws.

-in the upper Central part of the lower grille and pull out the cover and Unscrew the screw under it.

-switched the washer hoses (may leak the fluid). 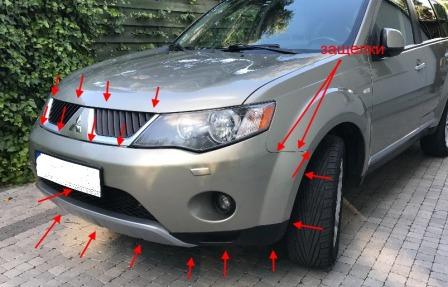 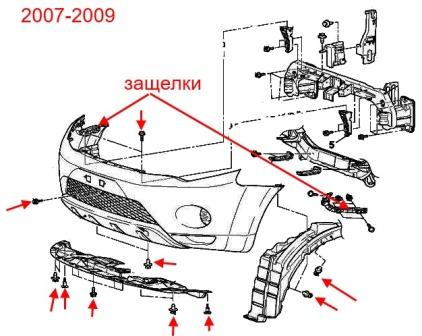 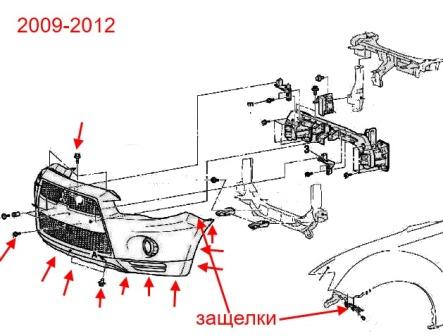 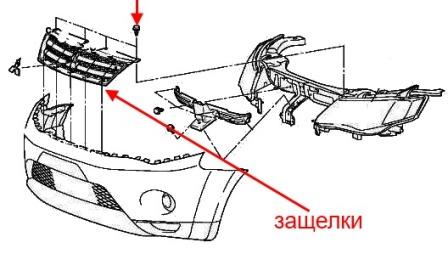 -open the trunk lid and the tailgate.

-in the opening of the trunk Unscrew two screws on each side and pull themselves rear lights.

-in the corners of the opening and pull out the pistons and remove the pads.

-under pads take out the rivets that attach the Central part.

-take out the caps on the perimeter of the lower part (inserted from the bottom up). 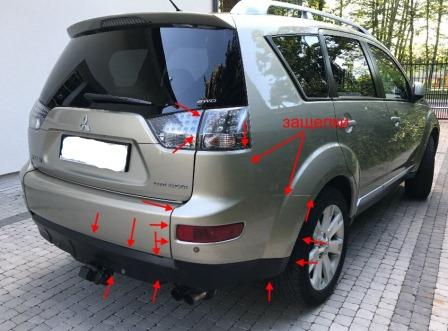 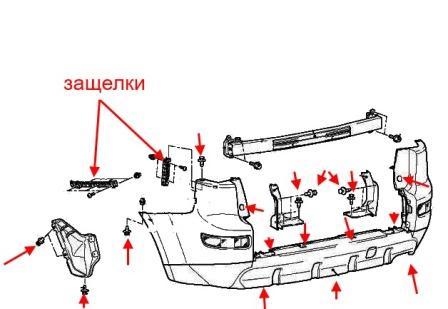 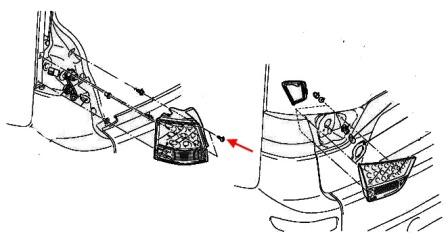