How to remove front and rear bumper AUDI Q7

in vehicles with ACC to dismantle heated the bracket icon.

-under the hood take out the caps and remove the cover frame of the radiator.

-under the hood  Unscrew the top bolts that secure the radiator grille and upper bumper to body.

-in the lowest part of the bumper along the entire length Unscrew the screws that secure the protection of the engine and wing flaps.

-in the wheel wells, Unscrew the screws and pull out the rivets that attach the fender liner to the bumper.

-pulls off the bumper with the side latches.

-gently tighten the bumper itself.

-you can now unplug the connectors from the fog lights.

-if there is paramilitary disconnect the hoses from the injectors and close them with stoppers that from the reservoir was leaking fluid. 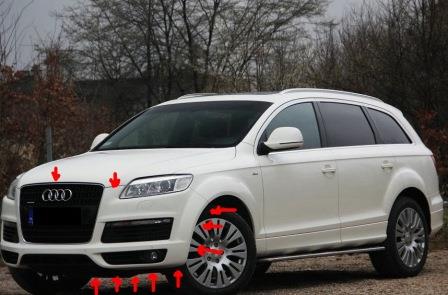 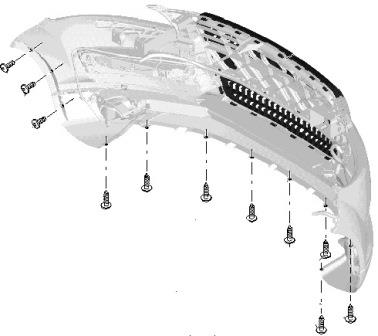 -in the wheel wells, Unscrew the screws and pull out the clips (to remove the wheels, use a ratchet with a nozzle).

-throughout the length of the lower part of the bumper take out the clips (usually four in the middle and one on the edges).

-remove  the paneling in the trunk .

-from the trunk, approximately under the rear lights, Unscrew the two nuts on each side.

-if you have sensors , you need to disconnect common connector

(left side under the tail lamp).

-edge of the bumper remove guide. 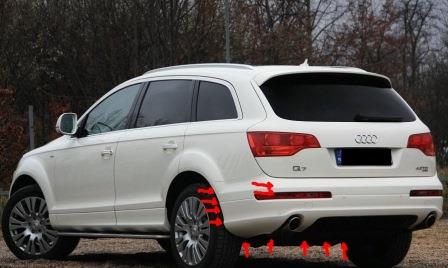 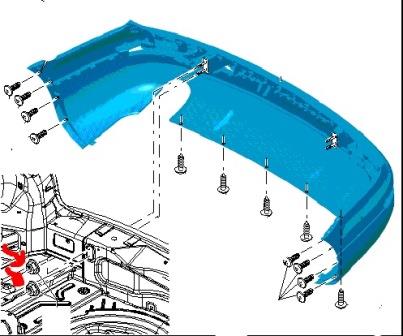