How to remove front and rear bumper for MAZDA 323F

Depending on the model year and model type, the attachment is different.

-under the hood, Unscrew the screws (spun down) that secure the upper part.

-Unscrew the screws and take out the clips around the perimeter in the bottom (twisted and inserted from the bottom up).

-wrenched the wheel depending on which side we will analyze first.

-wheel arches pulled three pistons on each side, peel the fender liner.

-attach the fender liner to the side and Unscrew the screws that attach the bumper to the wings.

-in models where it is technically possible, we remove the direction indicators (Unscrew one screw on each side at the edges of the headlights and take out the forward pointers). In the resulting niche take out the caps. 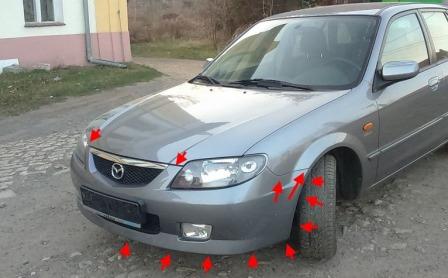 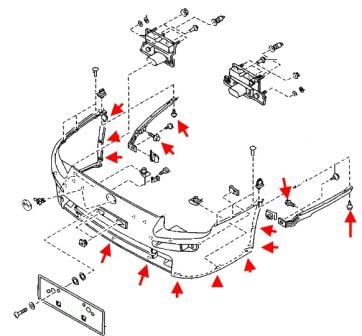 -in the opening, Unscrew the screws and remove the tail lights (hold on clips).

-Unscrew the screws under the rear lights (spun down).

-remove trim panel in the trunk.

-for casings Unscrew two nuts on each side under the rear lights (if any, depending on body type) in the wings.

-Unscrew the nuts that attach the bumper to the rear.

-take out the caps and Unscrew the screws in the wheel arches, release the fender liner.

-the wing flaps in the corners, Unscrew one screw on each side (spun up).

-remove the connector from the Parking aid (if any). 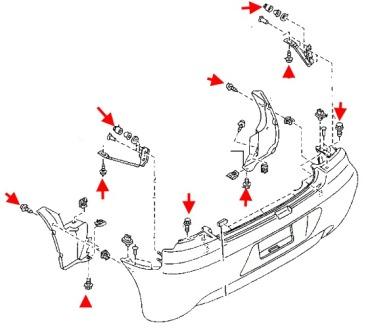 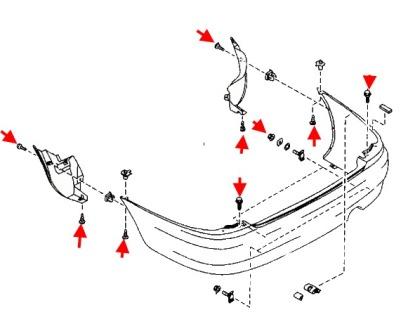 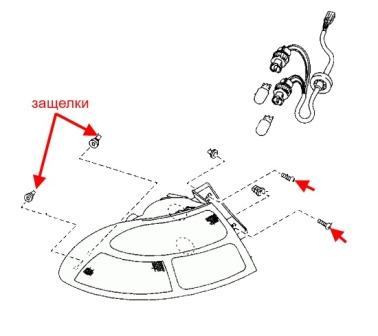