Depending on the model type of the attachment points are slightly different.

-under the hood, Unscrew the screws and take out the caps (twisted and inserted top to bottom) that secure the upper part.

-Unscrew the screws around the perimeter in the lower part (eleven pieces) (spun up).

-wrenched the wheel depending on which side we will analyze first.

-wheel arches Unscrew one screw and take out three pistons on each side, peel the fender liner. 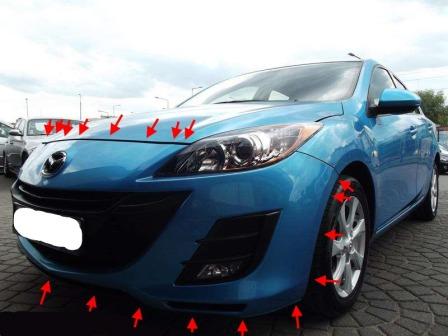 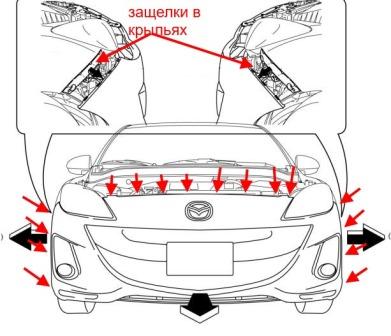 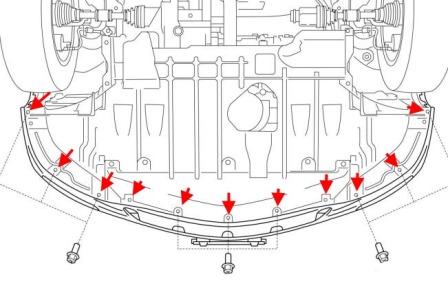 -open the trunk and remove the side casings hatches.

-for hatches Unscrew three screws on each side and remove the tail light (side part of the taillights are held on the latches).

-Unscrew one screw and take out one piston on each side under the rear lights.

-take out the caps and Unscrew the screws in the wheel arches, release the fender liner.

-Unscrew the screws and take out the caps at the bottom (twisted and inserted from the bottom up).

-with the assistant release the latch in the wings and under the tail lights, remove the bumper from the guides themselves.

-remove the connector from the Parking aid (if any). 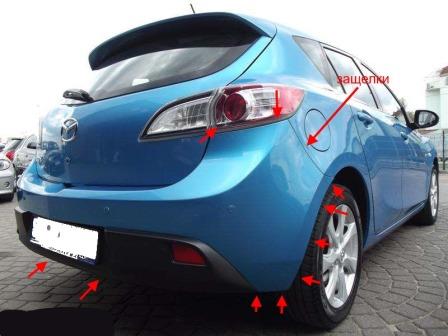 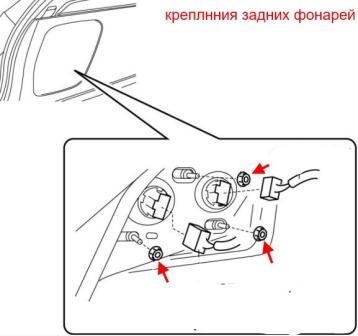 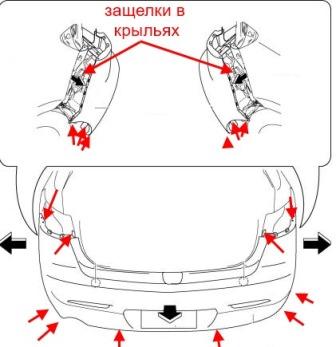