Depending on the year the site of attachment differs.

-open the hood and remove two pistons (inserted upside down).

-remove the license plate with the frame.

-under the license plate take out two pistons.

-wheel arches pulled three pistons on each side and removed the fender liner. 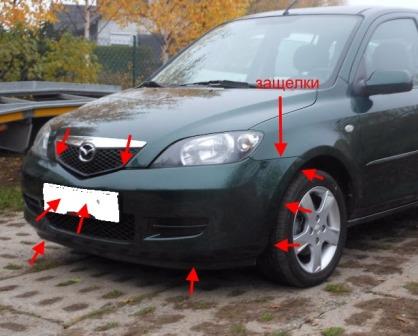 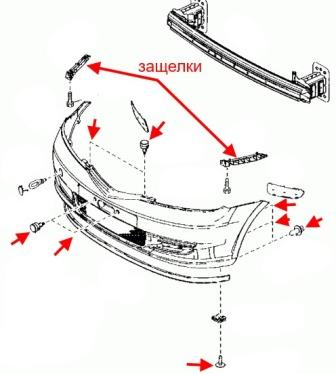 -open the boot lid and Unscrew the opening, near the rear lights, one screw on each side.

-Unscrew the screws at the bottom (spun up).

-Unscrew the nuts that attach the bumper to the back panel (can not be). 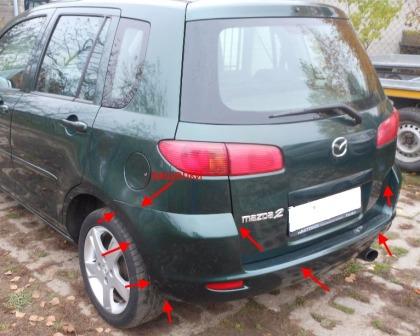 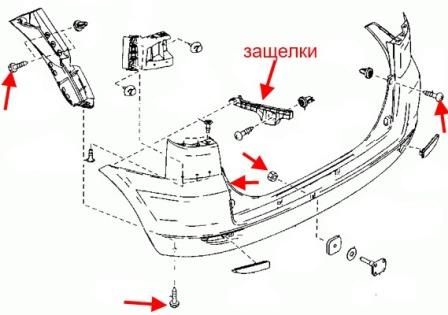