How to remove front and rear bumper MAZDA CX-9

-under the hood, Unscrew the two screws and take out the four clips (twisted and inserted upside down).

-free lining of the wings at the joint with bumper (hold latches, simply pull on yourself).

-peel the corners of the latches in the wings.

-remove the bumper itself.

-disconnected the connector of the Parking aid (if any).

-if you have headlight washers, disconnected the hoses (to prevent fluid from leaking on the floor, you should prepare some capacity). 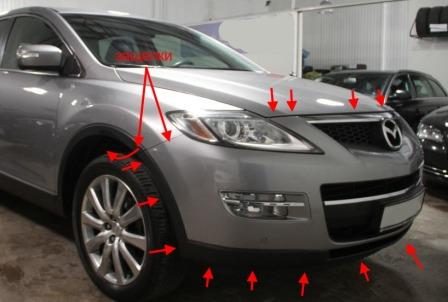 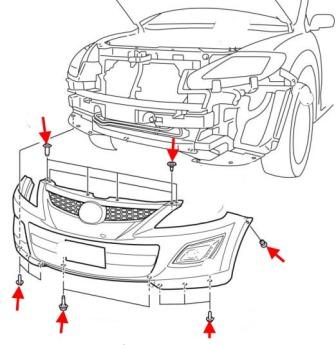 -in the opening of the trunk Unscrew two screws on each side that secure the tail lights.

-movement on itself, remove the rear lights (hold on clips).

-under the rear lights from the outside and pull out the caps (inserted upside down).

-in the opening of the trunk take out the plugs and Unscrew them under one screw on each side.

-free lining of the wings at the joint with bumper (hold on the latch, simply pull on yourself).

-wheel arches take out the caps and Unscrew the screws that attach the fender liner.

-take out the caps and Unscrew the screws at the bottom of the bumper (twisted and inserted from the bottom up). 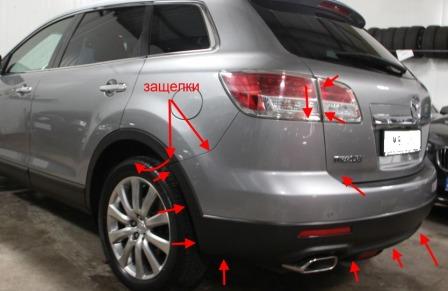 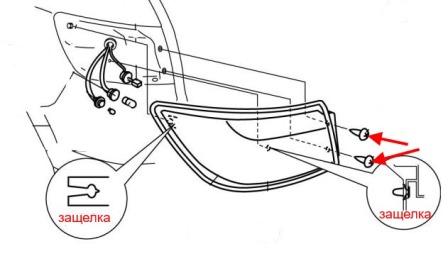 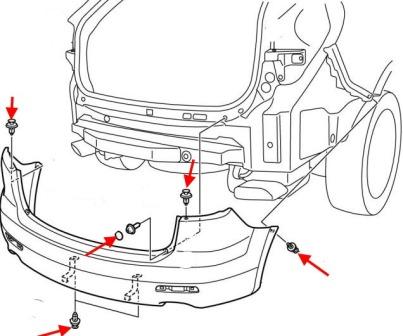