-under the hood take out the six rivets that attach the upper part.

-from the bottom Unscrew the three screws that secure protection.

-wheel arches Unscrew two screws on each side holding the fender liner to the bumper.

-we release the latch in the wings (pull the corners themselves) and under the headlights. 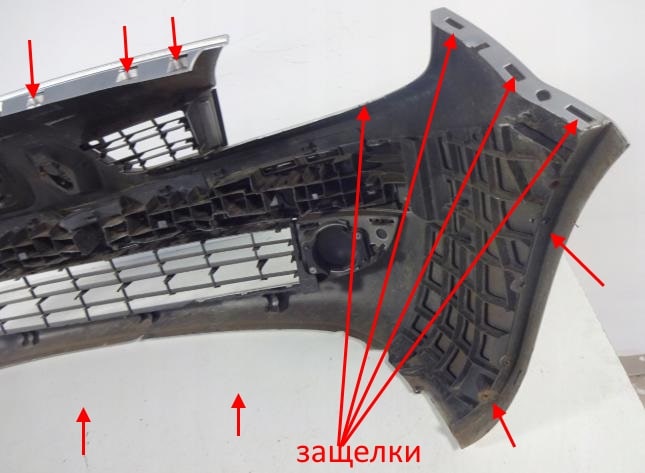 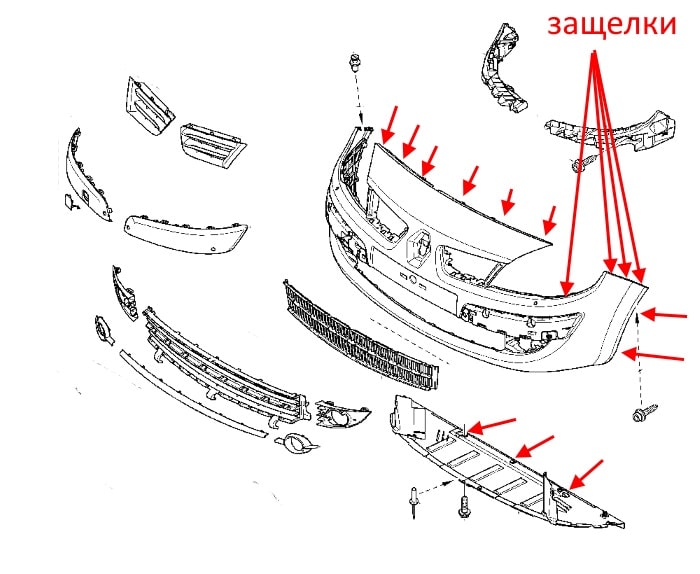 -Unscrew two screws each side and pull themselves rear lights.

-in the opening of the trunk, Unscrew four screws, take out on itself, stops the boot lid and Unscrew the screws under them.

-from the bottom Unscrew the six screws (spun up). 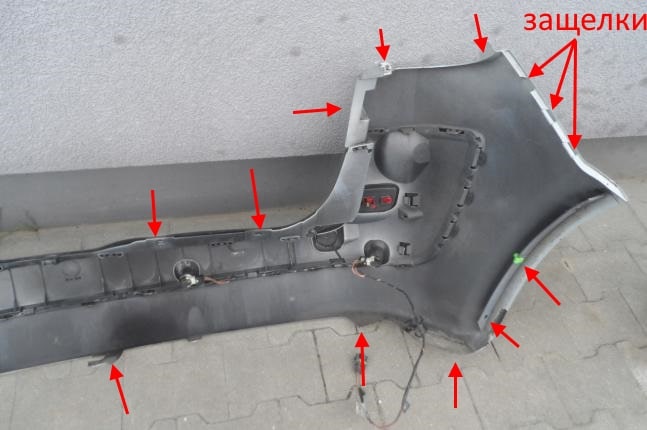 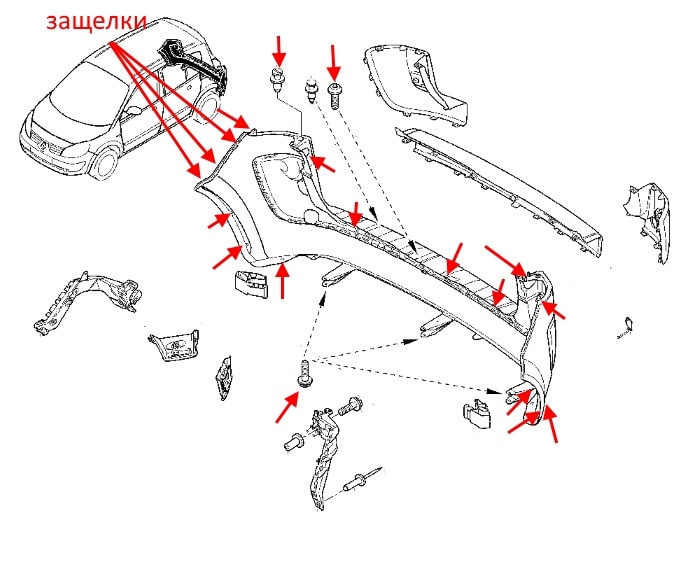