-under the hood, Unscrew the four screws that secure the top.

-we release the latch of the hood.

-Unscrew the screws around the perimeter of the lower part that secure protection. 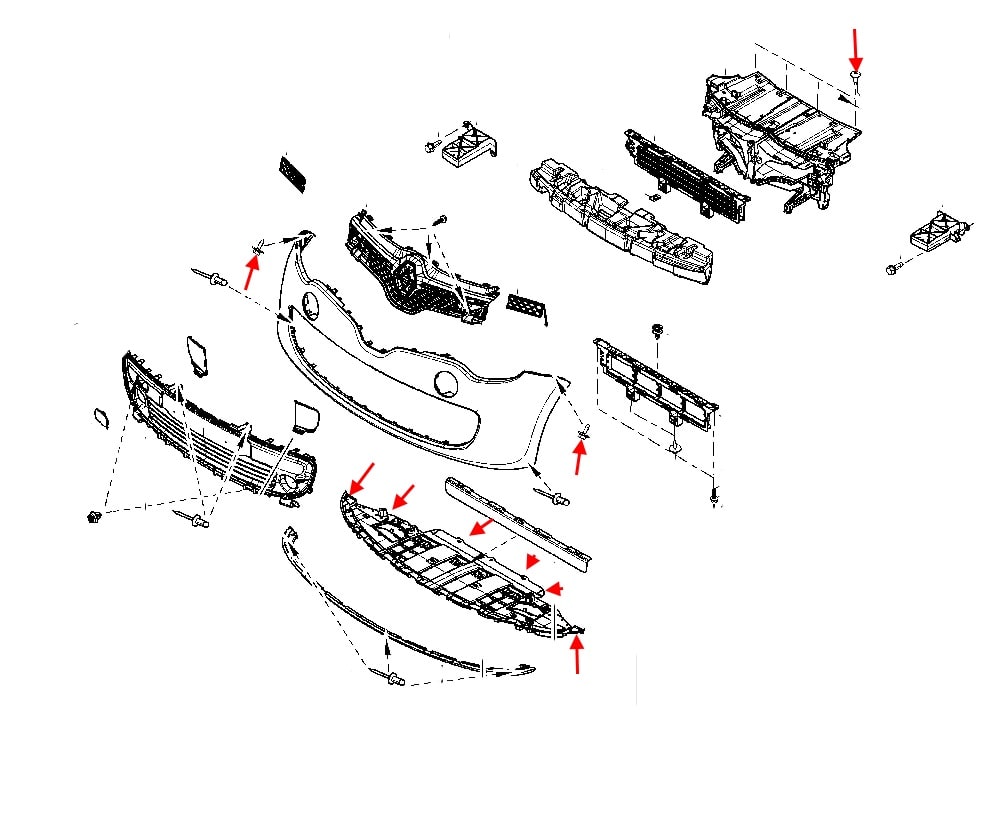 -through hatches in the side panels of the trunk, Unscrew the screws.

-Unscrew the four screws in the opening of the trunk.

-from the bottom Unscrew the five screws that secure the lower part.

-wheel arches Unscrew two screws that attach the fender liner and one holding the corners of the bumper to the wings.

-remove the license plate and Unscrew the screw under it.

-snap together the connectors for the license plate lighting. 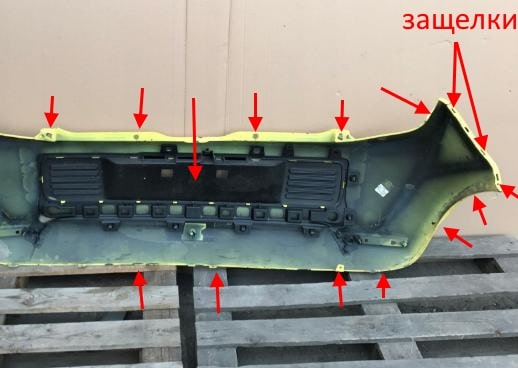 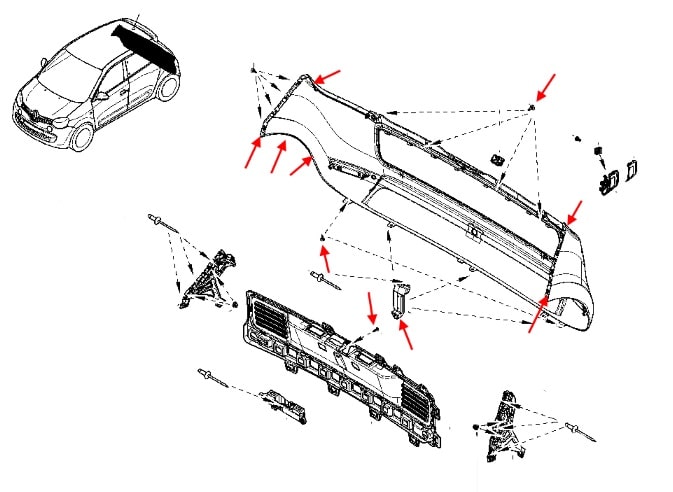