-under the hood, Unscrew the six screws (spun down) that secure the upper part.

-from the bottom Unscrew the seven screws that secure protection.

-wheel arches Unscrew two screws on each side holding the fender liner to the bumper.

-(may not be, depends on year of production) shifts the wing flaps to the side and Unscrew one screw on each side holding the bumper corners to the wings.

-we release the latch in the wings (pull the corners over), if the latches do not go need to push them through the gap between the bumper and the fender with a flat head screwdriver.

-disconnect the hoses to the headlight washers (if any). 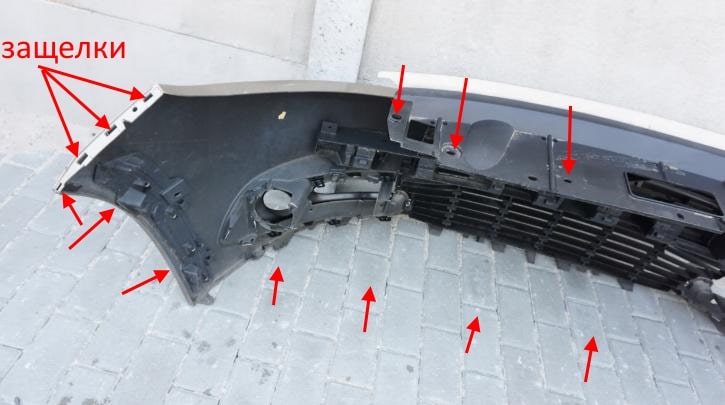 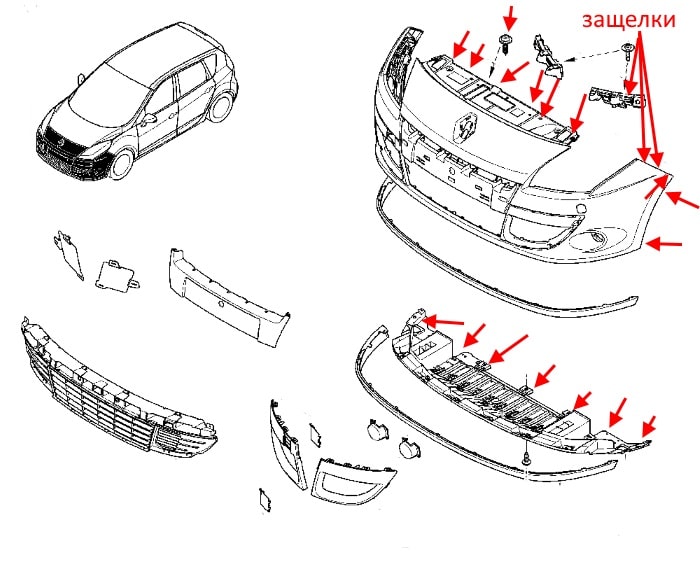 -Unscrew two screws each side that attach the rear lights.

-(Grand Scenic) to the side panels of the trunk opening hatches and Unscrew the screws under them.

-the rear lights take out two (one) pistons on each side.

-in the opening of the trunk pulls out four clips.

-wheel arches take out the caps and Unscrew the screws (behind the fender liner) holding the wheel arch liners and side of the bumper. 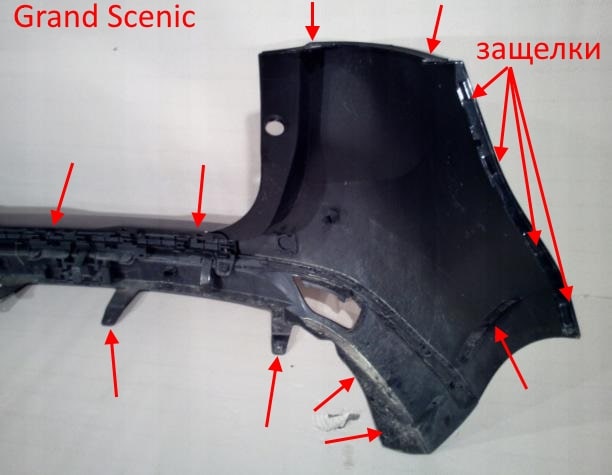 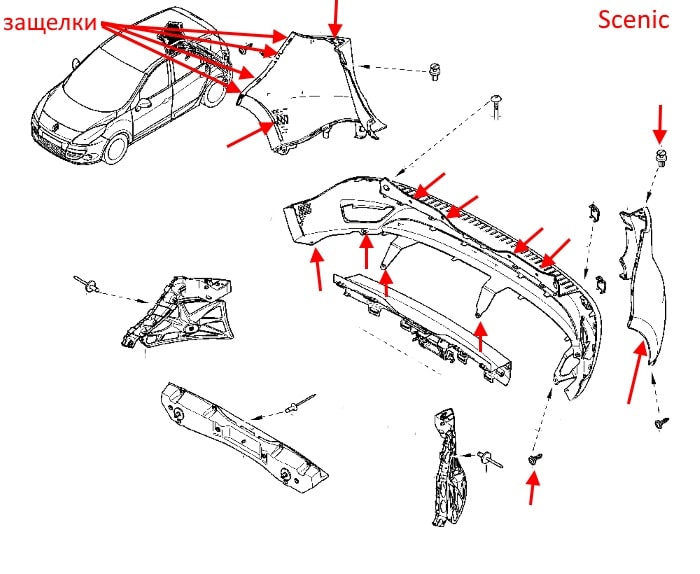 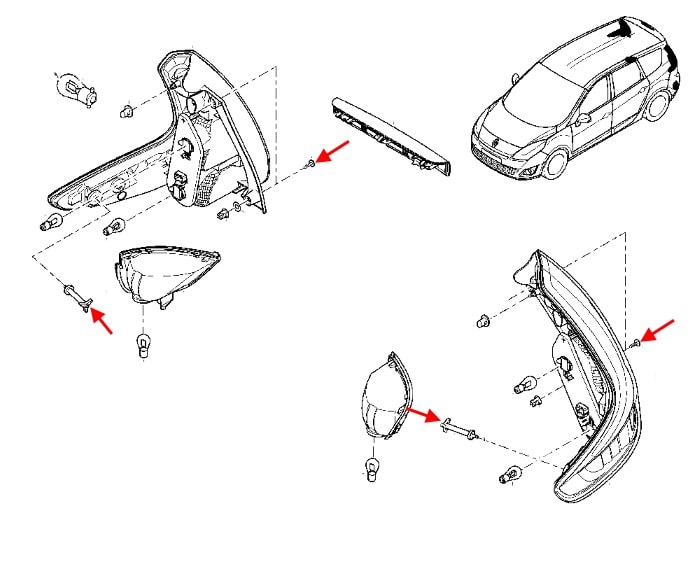