-under the hood take out the six rivets) that attach the top part of the bumper and trim.

-in the wheel wells, Unscrew the screws and take out the clips holding the wheel arch liners (no need to remove).

-move the wing flaps to the side (need to access the inner part of the bumper).

-we release the latch in the wings (pull the corners themselves). If the latches do not go, you need to pry with a flat head screwdriver the retaining clips from the side of the engine compartment.

-if you have the headlight washers, pull the nozzle up and remove the lid. Either Unscrew the washer bottle under the headlight, from the side of the engine compartment. 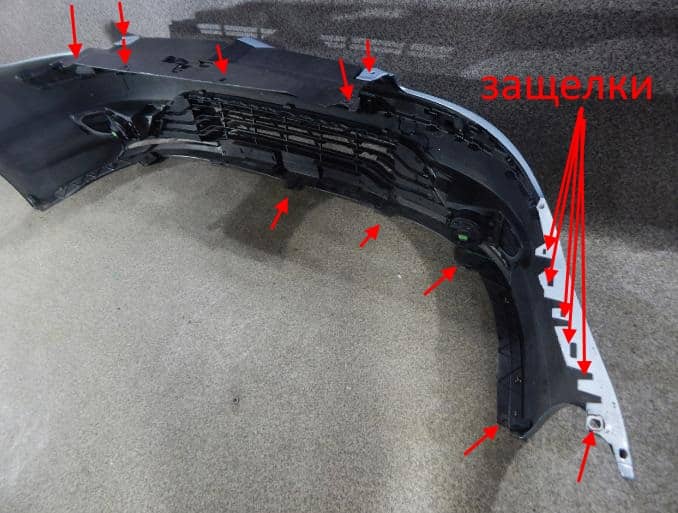 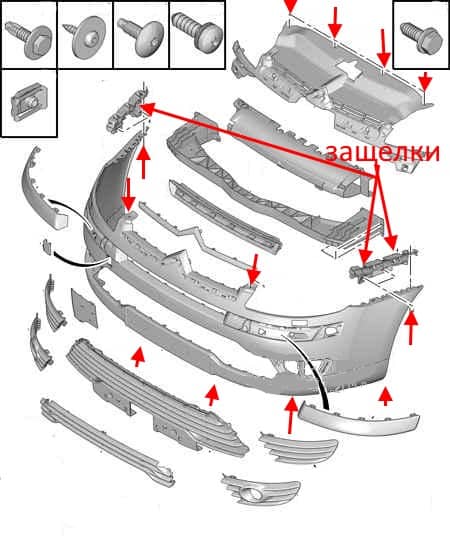 -wheel arches take out the caps (Unscrew the screws) and free lockers (no need to remove).

-Unscrew the screws and take out the rivets that attach the lower part.

-we release the latch in the wings (pull the corners over), under the rear lights and opening boot.

-with the assistant pulls back (don't want to break the wires). 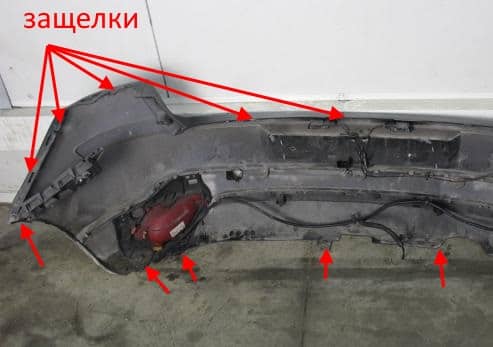 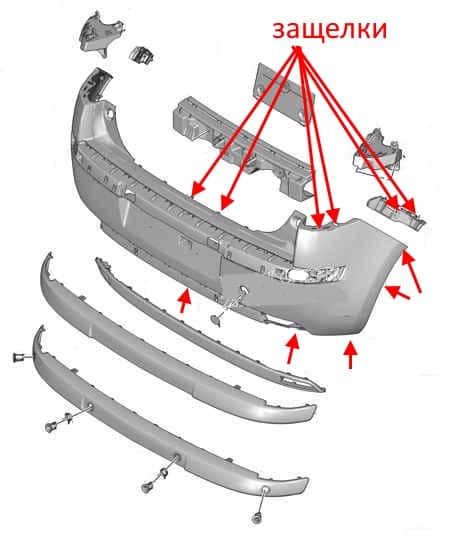 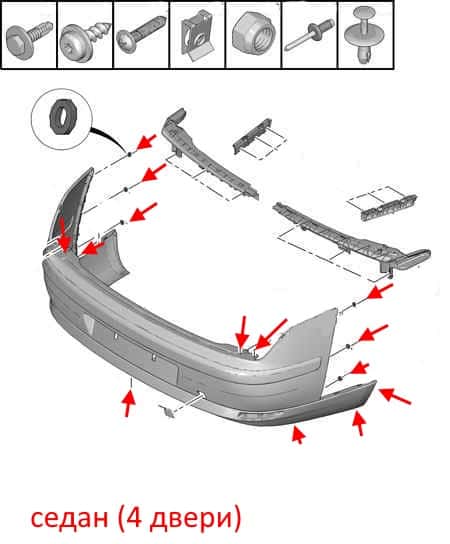