-in the wheel arch, Unscrew the bolts  and remove the clips holding the fender liner to the bumper.

-under the hood, Unscrew two screws on each side.

-Click the license plate frame (central molding), under it, unscrew the two screws.

-if there are parking sensors, click the side moldings and remove the connectors from the sensors.

-remove the lower grille and the edges on each side, Unscrew two screws.

-edge bumper-exempt latches and pulls it in front of (to do it better with a helper).

-if you have headlamp washers, remove the hoses from the injectors (if the tank is liquid, it will flow through the removed hoses, you need to prepare a blank). 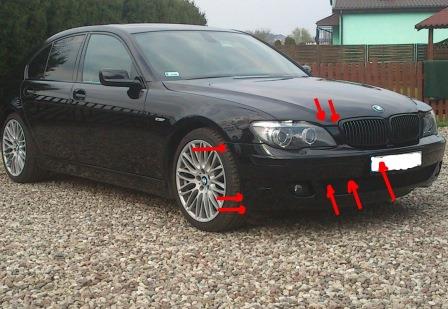 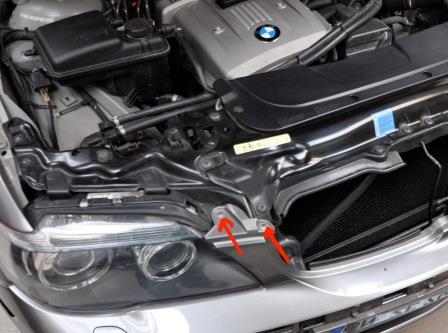 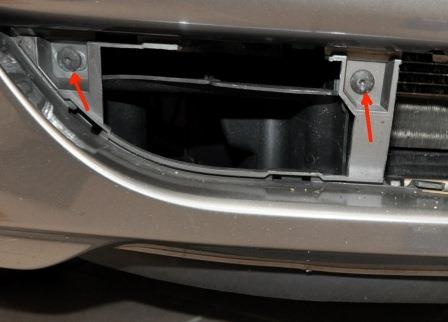 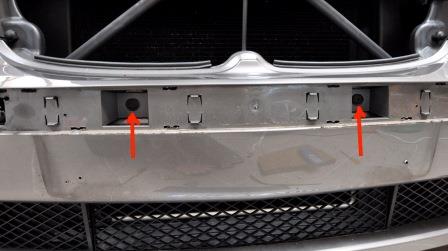 -in the wheel arch, Unscrew the bolts that fasten the inner fender  (so as not to remove the wheels, you can use a ratchet head).

-remove lining under the rear lights.

-remove the Central part of the strip and the pad at the bottom (attached to latch), if he eats sensors, remove the connectors from the sensors.

-under the molding and trim Unscrew the nut.

-pulls off the bumper with side latches (pull down and towards you).

-pulls the bumper itself  (not to scratch the paint on the wings is better to do it together). 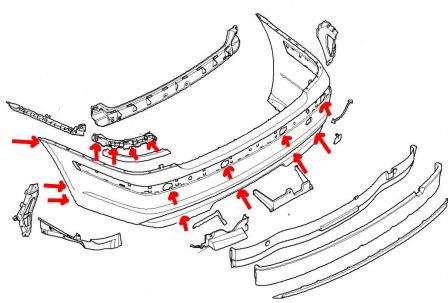