-under the hood, remove the seal and Unscrew the bolts underneath that attach the top part of the bumper.

-under the grills Unscrew the four screws (spun up)

-(in some versions) shifts the edges of the wing flaps to the side and Unscrew two bolts on each side that attach the bumper to the wings (spun up).

-pulls off corners with the side latches and pulls the bumper itself (not to scratch the paint on the wings is better to do it together).

-if you have headlamp washers, remove the hoses from the injectors (if the tank is liquid, it will flow through the removed hoses).

-if there are sensors, releasable connector. 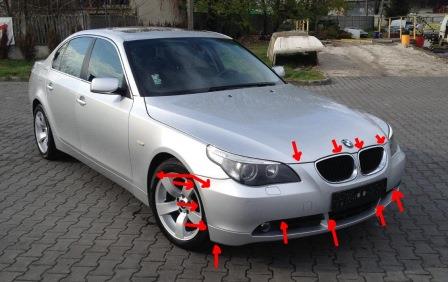 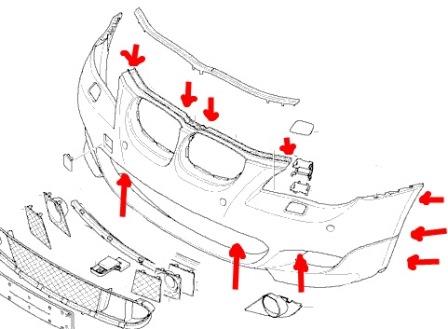 -in the wheel wells, Unscrew the screws and take out the rivets that secure the inner fender  (so as not to remove the wheels, use a ratchet with a nozzle).

-throughout the length of the lower part of the bumper take out the caps.

-in the boot remove the side trim.

-under the taillights in the trunk Unscrew two screws on each side (under the internal asterisk).

-pulls off the bumper with the side latch, pull the edge down and over (to not scratch the paint on the wings is better to do it together). 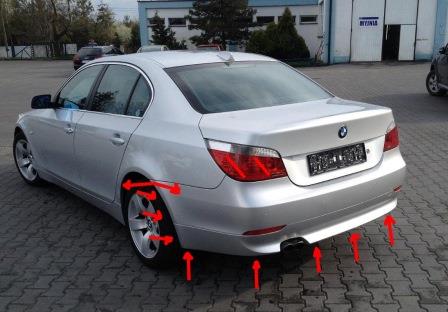 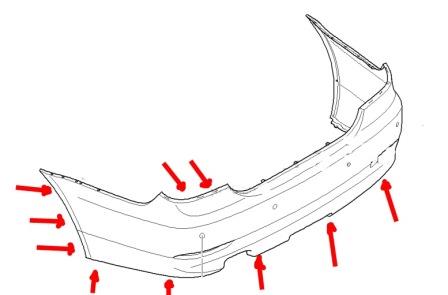