How to remove front and rear bumper BMW 3-series E90

-throughout the length of the lower part of the bumper Unscrew the seven screws (spun up).

-Unscrew the wheel left or right depending on which side will remove the first and in the wheel wells, Unscrew the screws that attach  the fender liner to the bumper.

-move the edge of the wing flaps to the side and Unscrew two bolts on each side that attach the bumper to the wings (spun up).

-under the hood, Unscrew the four bolts that secure the upper part of the bumper.

-if you have headlamp washers, remove the hoses from the injectors (if the tank is liquid, it will flow through the removed hoses). 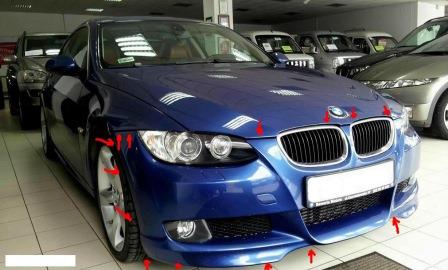 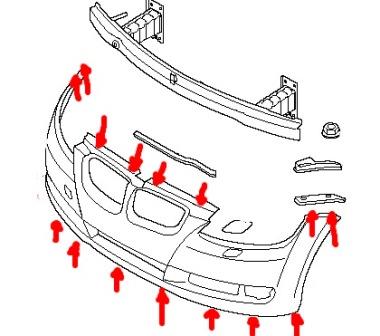 -in the wheel wells, Unscrew the screws that fasten the inner fender  (so as not to remove the wheels, use a ratchet with a nozzle).

-move the fender liner aside and Unscrew the bolt that spun in the wing upwards (one bolt each side).

-throughout the length of the lower part of the bumper Unscrew the eleven screws.

-at the level of the corners of the boot lid with a thin screwdriver, open the plastic cap underneath and Unscrew the screws.

-pulls off the bumper with side latches (edge and pull down towards you).

-pulls off with clips under the rear lights (if not pulled out, to pry, such as a ruler). 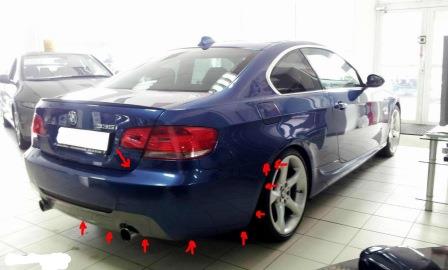 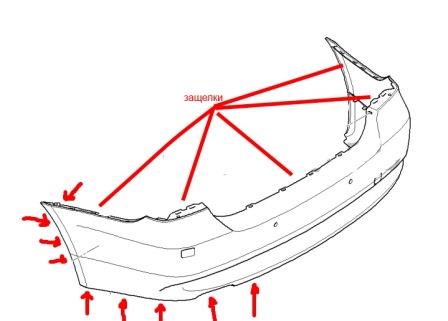