How to remove front and rear bumper BMW 3-series E36

The bumper can be removed in two ways.

under the hood, Unscrew and remove the turn signal and headlights.

-in the openings from the headlights, Unscrew the bolts that attach the bumper reinforcement to the body.

The second (the bumper will be removed without amplifier):

Then for both methods:

-Unscrew the wheel left or right depending on which side will first loosen and remove the fender liner.

-pulls the bumper with the side rails of it are assistant).

-if you have headlamp washers, remove the hoses from the injectors.

the bumper is cleared. 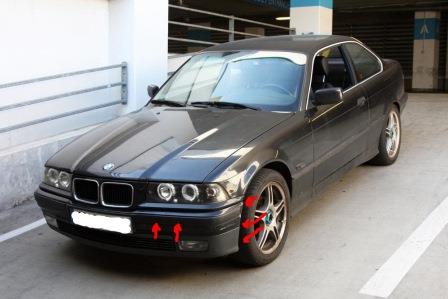 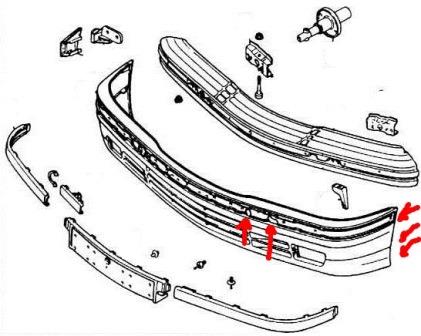 -in the wheel wells, Unscrew the screws and take out the caps (not to remove the wheels, you can use a ratchet with a nozzle at the notched screwdriver).

Then, too, can be removed in two ways:

inside the trunk pull out the carpet and plastic cover.

on each side Unscrew four nuts of fastening of the shock absorber of the bumper.

-at the bottom, Unscrew the screws and remove with snaps overlay.

under the pickguard, Unscrew the two bolts under the inner star (spun up).

Then for both methods:

-pulls the bumper with the side rails (better to do it with a helper so as not to scratch the paint on the wings). 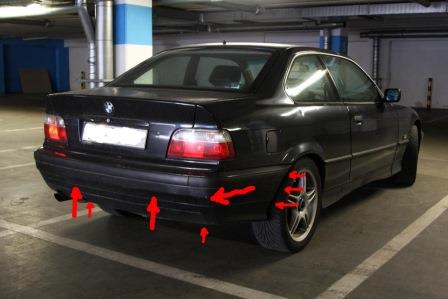 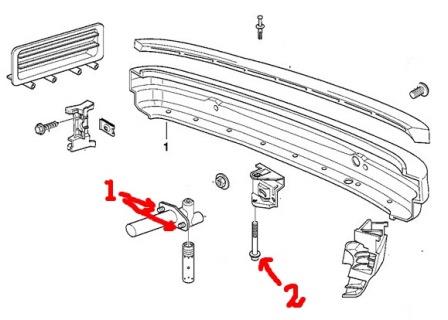