-under the hood take out the caps (inserted upside down) and remove the cover plate over the grille.

-under the pickguard, Unscrew the screws and take out the caps (twisted and inserted top to bottom) that secure the top part of the bumper and the grille.

-on the perimeter in the bottom part Unscrew the screws (spun upwards) that secure the lower part of the bumper.

-remove the fender liner to the side and Unscrew one screw on each side that attach the angles to the wings.

-with the assistant release the latch in the wings and under the headlights.

-if you have headlight washers, disconnect the hose (should prepare a container, which will merge a liquid). 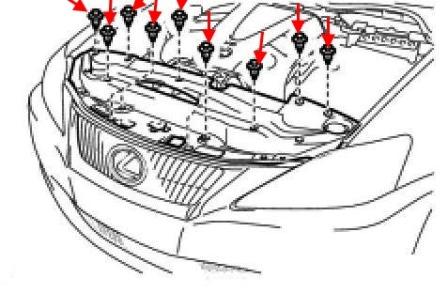 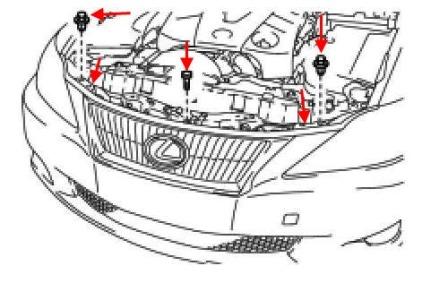 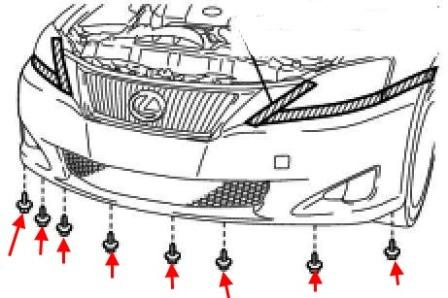 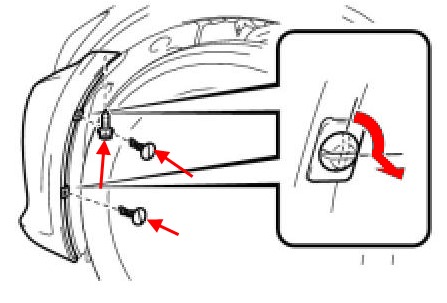 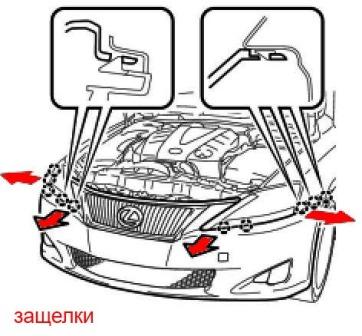 -in the trunk, Unscrew the screws and release the latches remove the rear trim panel.

-take out the caps released from the latches and remove the left trim in the direction of motion.

-for paneling exempt electric Jack walked slightly ahead of his body.

-in the opening of the trunk, with a flat head screwdriver, remove the two plugs.

-under the plugs, Unscrew the screws.

-on the perimeter in the bottom part Unscrew the screws and take out the rivets that attach the lower part.

-with the assistant release the latch in the wings and opening the trunk. 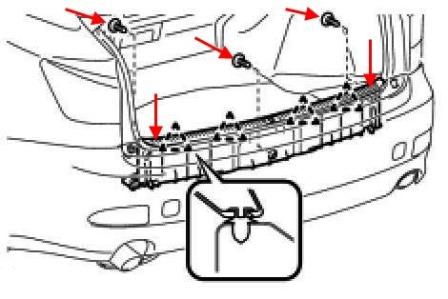 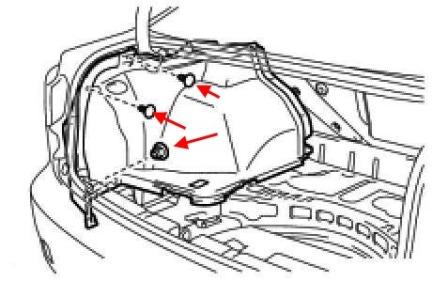 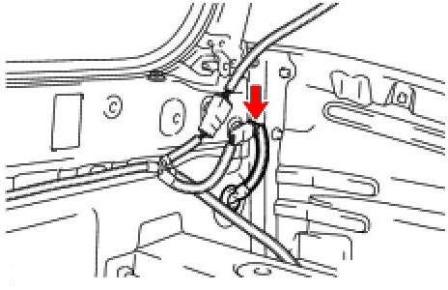 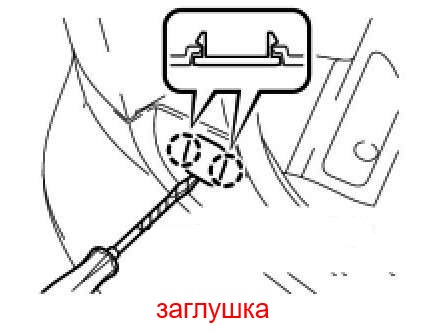 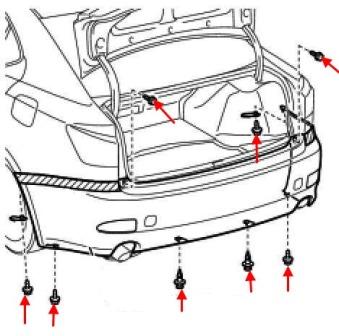 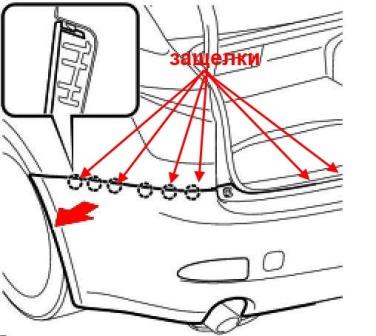