How to remove front and rear bumper Lexus GX 460

-open the hood and Unscrew the screws (spun down) that secure the grille.

-released from the latches and remove the grille.

-under the grille, Unscrew the four screws (spun down).

-on the perimeter in the bottom part Unscrew the screws (spun upwards) that secure the lower part of the bumper.

-with the assistant release the latch in the wings and under the headlights (pull on yourself), and gently pulls the bumper.

-if you have headlight washers, disconnect the hose (should prepare a container, which will merge a liquid). 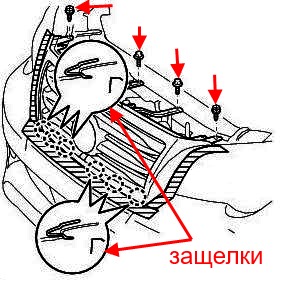 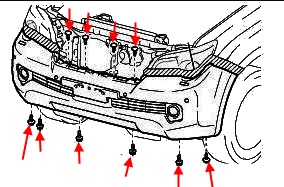 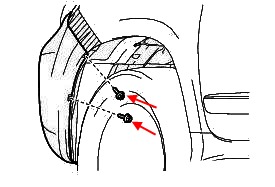 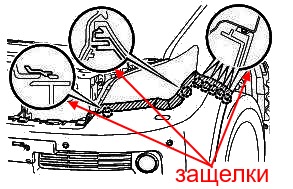 -open the trunk lid and remove the bumper pad (rests on the latch).

-Unscrew the screws under the panel.

-Unscrew the aperture of the trunk, below the lights, two screws on each side.

-on the perimeter in the bottom part Unscrew the screws and take out the rivets that attach the lower part.

-wheel arches Unscrew the screws that fasten the fenders and bumper.

-with the assistant release the latch in the wings and under the rear lights (pull the corners themselves). 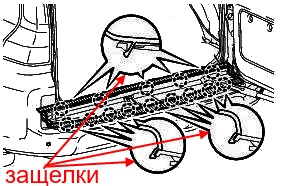 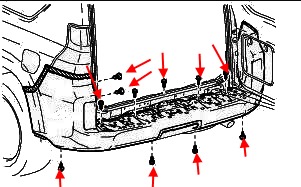 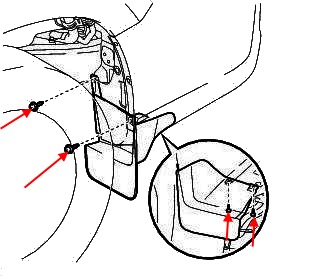 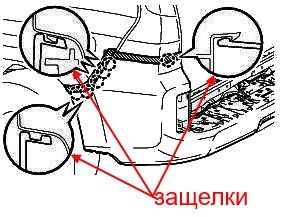