-under the hood take out the caps (inserted upside down). Until 2005, under the grille, since 2005, above the grille.

-remove the connector from the temperature sensor (if any). 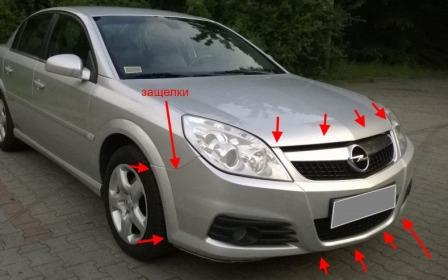 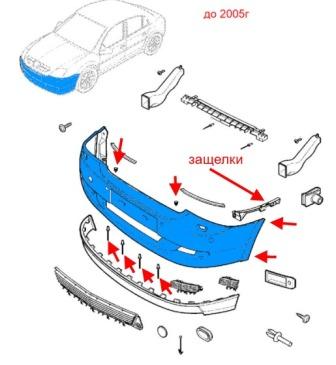 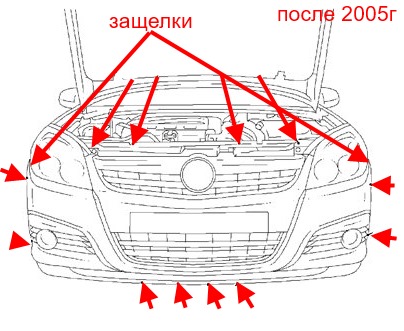 -Unscrew the two screws behind the license plate (wagon four in the opening of the trunk).

-Unscrew the screws in the wheel arches (so as not to remove the wheels easier to turn a ratchet with a nozzle).

-Unscrew the screws at the bottom of the bumper (spun up).

-with the assistant release the latch in the wings and under the tail lamps. 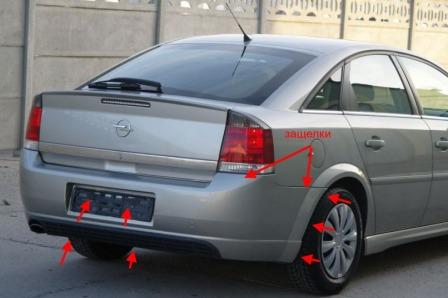 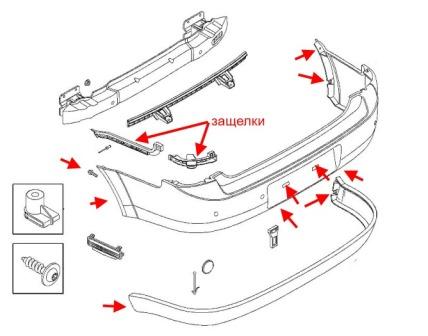 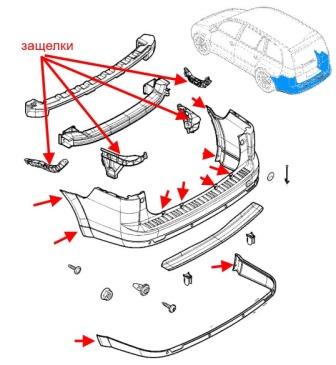