How to remove front and rear bumper SKODA YETI

Bumper consists of two parts that are connected with clips, they are removed at the same time. Depending on the model year and version of the attachment may vary slightly.

-under the hood, Unscrew the two screws and take out four of the pistons (spun down) that secure the grille.

-Unscrew the screws and take out the caps on the perimeter in the lower part (inserted and spun up).

-Unscrew the wheel to the left or right side, depending on which side will parse the first.

-move the wing flaps to the side and twisted the wings on the two screws on each side (twisted from top to bottom) that attach the angles to the wings.

-Unscrew one screw on each side in the side ornamental grilles lower bumper.

-if you have headlight washers, disconnect the hose and plug the cap to the reservoir was leaking fluid. 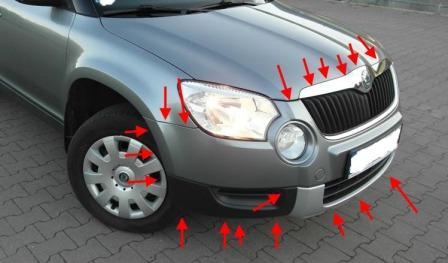 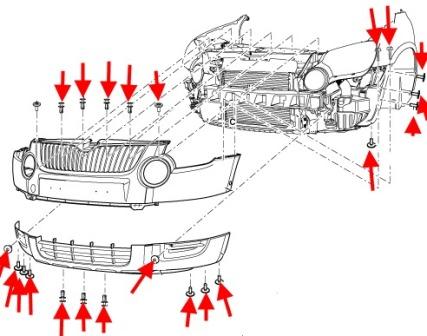 Depending on the model year and version of the attachment may vary slightly.

-open the tailgate and Unscrew two screws on each side that secure the tail lights.

-remove the rear lights by the movement itself (opposite side of the lamps are held on the latches).

-under the tail lights remove the lining (keep latches).

-move the wing flaps to the side and take out one piston on each side (inserted from the bottom up). 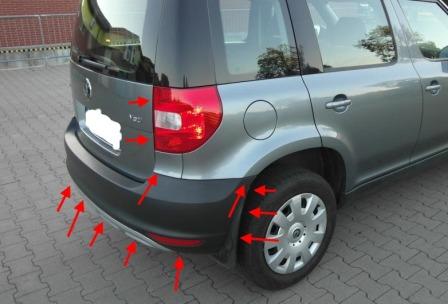 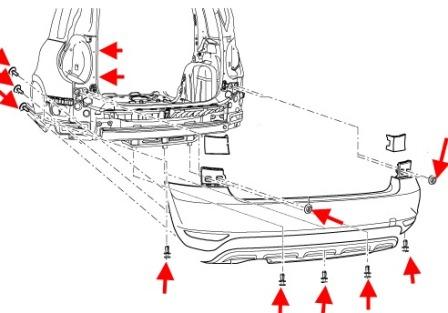 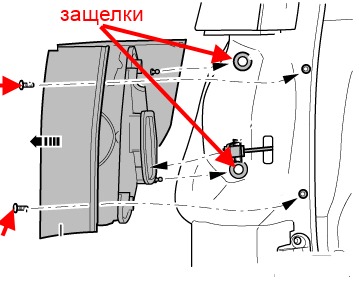