Depending on the year and model of the attachment points are slightly different.

-Unscrew the four screws under the hood (if there is take out the rivets).

-Unscrew the two screws on the edges of the center lower grille ( until 2006, the screws are under the side grilles).

-wheel arches Unscrew the screws that secure the the wing flaps.

-move the wing flaps to the side and Unscrew one screw on each side (if any).

-with the assistant pulls the edges of the bumper to the sides, tearing off the latches, and pulled off of the guide itself.

-if you have headlight washers, disconnected the hoses. The liquid does not leak you need to prepare the tube or container. 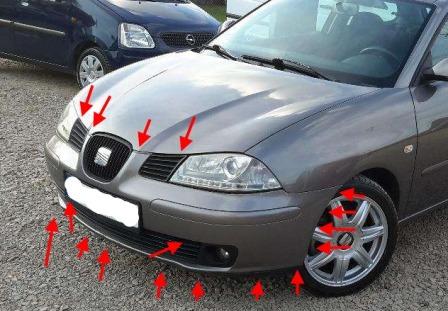 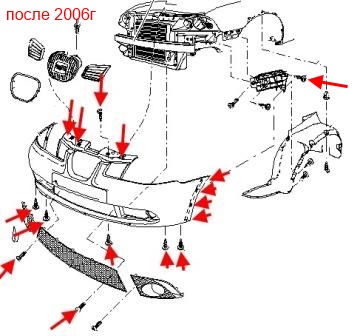 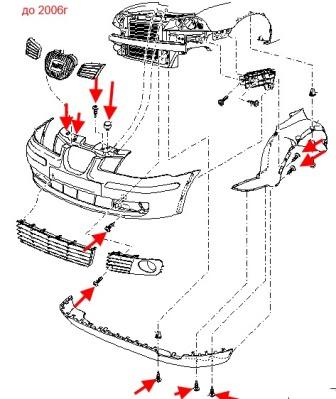 -open the trunk lid and remove the side casings hatches (to gain access to the rear part of the rear lights).

-under the hatches, Unscrew the nuts and remove the tail lights.

-under the rear lights, Unscrew the screws (spun down).

-move the wing flaps to the side and Unscrew one screw each side (may not be). 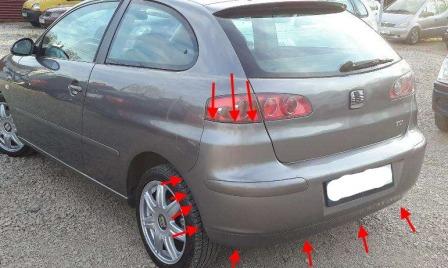 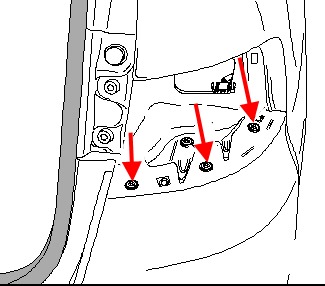 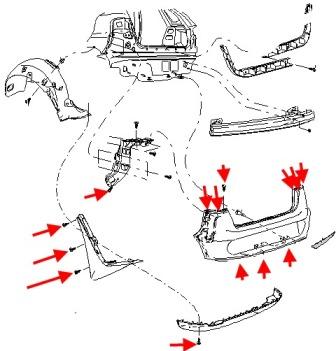