-Unscrew the four screws under the hood.

-remove the top pads and bottom caps (you need to gently pry the edge with a screwdriver and rip the snaps).

-Unscrew under the pads and plugs screws.

-Unscrew the three screws in the bottom of the bumper (spun up). 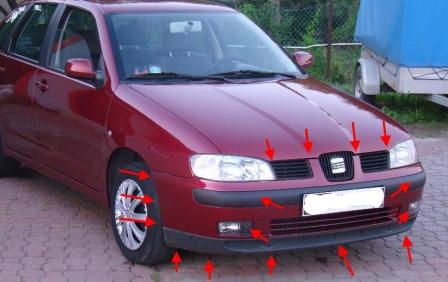 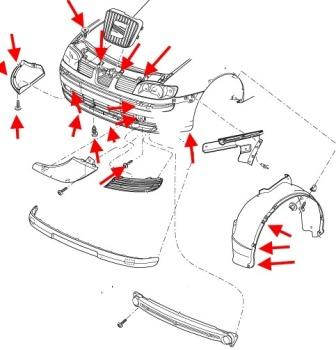 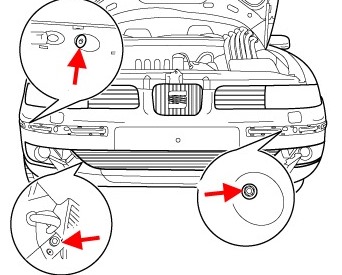 -open the boot lid and Unscrew the screws in the opening.

-move the wing flaps to the side and Unscrew one screw on each side (twisted up) (may not be).

-with the assistant pulls the bumper with the guides themselves. 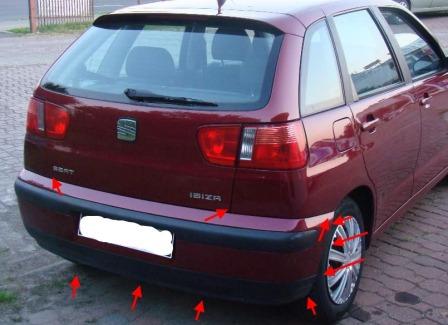 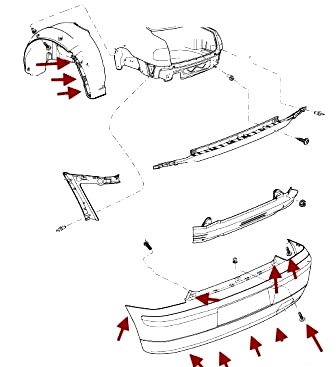