How to remove front and rear bumper Acura ZDX

-under the hood take out the ten clips and remove the trim above the grille.

-under the pickguard, Unscrew the six screws that secure the top.

-around the bottom part Unscrew the two screws and take out the six cartridges.

-we release the bumper from the front guide plate from both sides.

-tear the latch in the wings (pull the corners themselves).

-release the clips under the headlights (pull back on the angle and pull forward).

-switched the hoses to the headlight washers (can leak fluid). 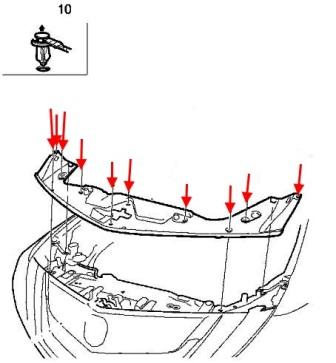 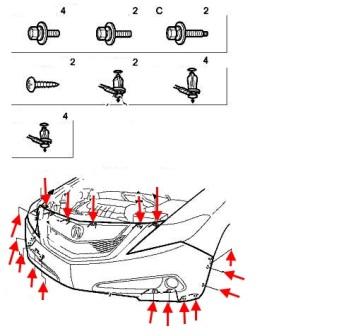 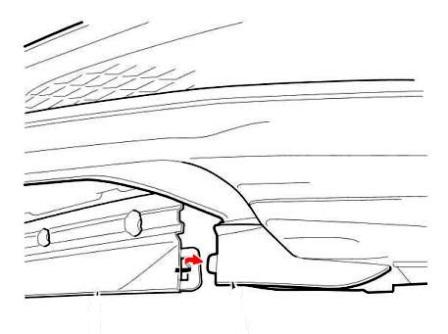 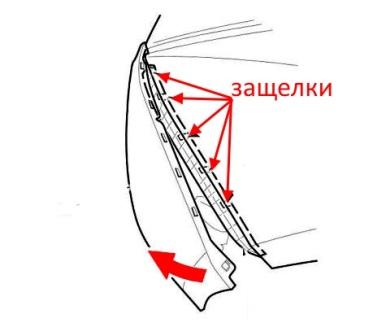 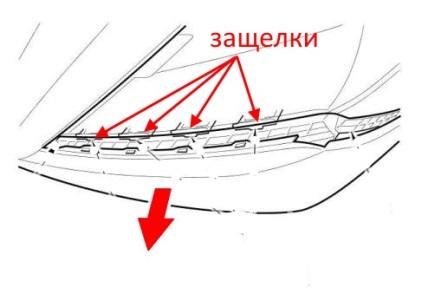 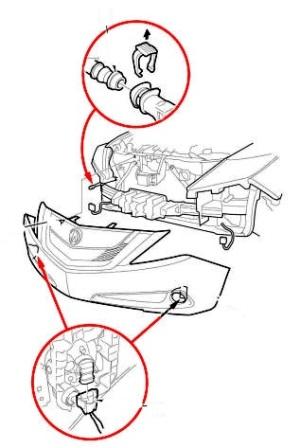 -in the sidewalls of the rear lights take out the plugs, with the plugs Unscrew two screws and remove the tail lights (hold on clips).

-in the opening of the trunk pulls out two plugs.

under plugs Unscrew two screws on each side that secure the upper part.

-around the bottom part pulls out four pistons (inserted from the bottom up).

-wheel arches Unscrew three screws on each side (so as not to remove wheel remove better ratchet with a nozzle) that attach the fender liner.

-move the wing flaps to the side and Unscrew one screw on each side (spun up), which attach the corners of the bumper to the wings.

-tear the latch in the opening of the trunk (pull back). 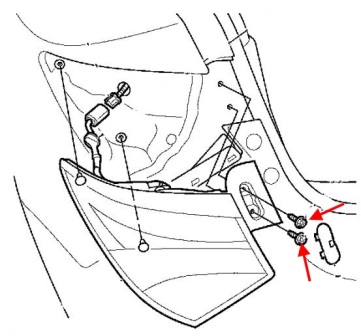 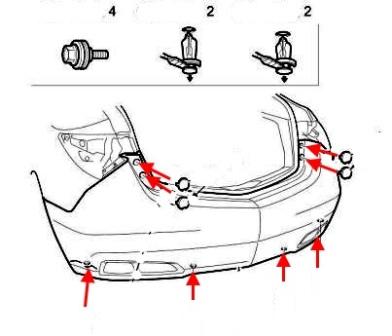 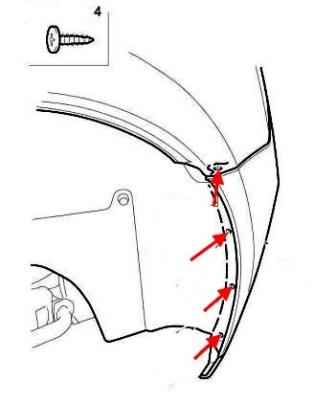 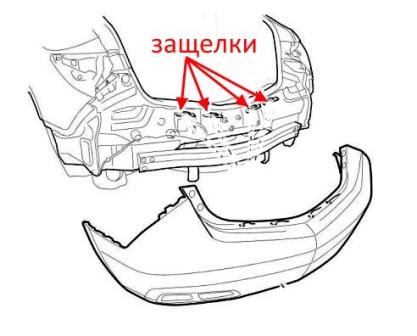