-under the hood take out twelve rivets that secure the lining and the upper part.

-at the bottom, Unscrew the four screws and take out the five caps (twisted and inserted from the bottom up).

-move the wing flaps to the side and  Unscrew one screw on each side that attach the angles to the wings (spun up).

-release the clips under the headlights (pull back on the angle and pull forward). 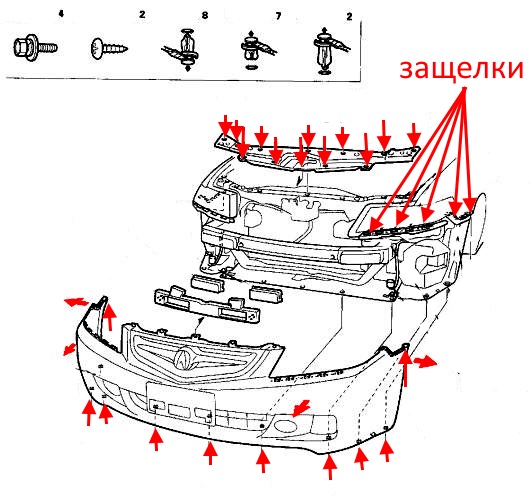 -in the opening of the trunk pulls out two plugs.

under the plugs, Unscrew the screws.

-floor two pulls of the piston and Unscrew the two screws (twisted and inserted from the bottom up).

-wheel arches Unscrew one screw on each side (so as not to remove wheel remove better ratchet with a nozzle) and free lockers.

-move the wing flaps to the side and Unscrew one screw on each side (spun upwards) holding the corners of the bumper to the wings.

-pull the corners into themselves  and release the latch in the wings.

-release the clips under the rear lights and opening boot (pull back). 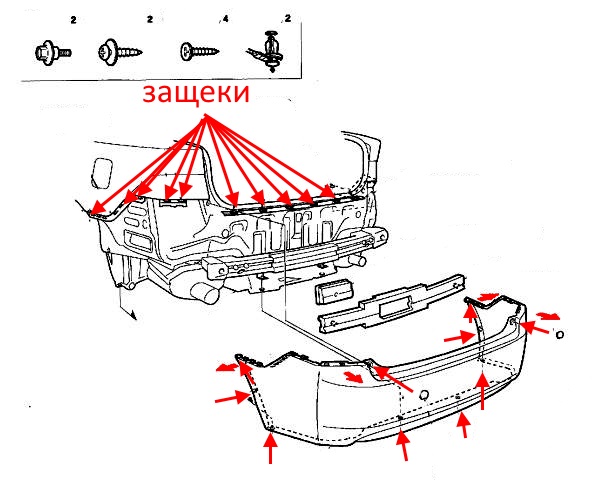