-under the hood take out the six rivets (inserted from top to bottom) that secure the upper part.

-Unscrew the four screws and take out the four clips (twisted and inserted from the bottom up) that secure the lower part to the wheel arches and protection.

-for wheel arch liners Unscrew one screw on each side that attach the angles to the wings.

-pull the corners of the bumper itself and release the latch in the wings. 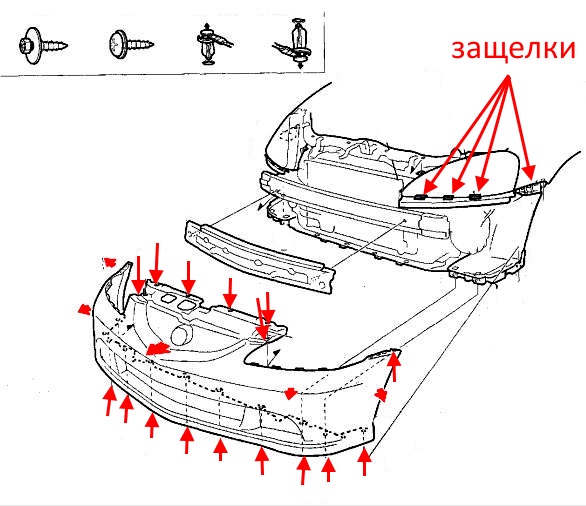 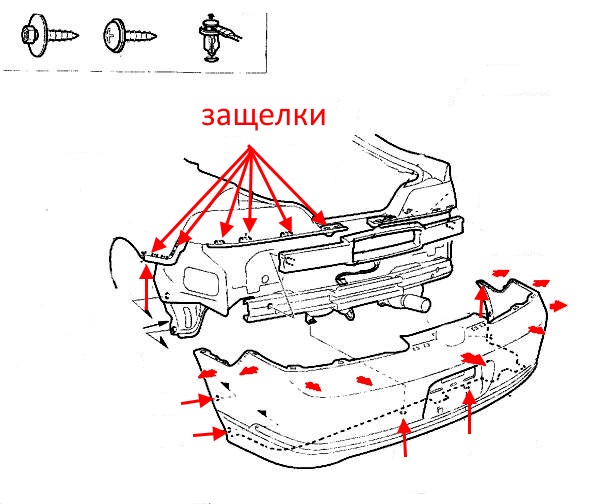