-take out the caps and remove the grille (rests on the latch, pull towards you).

-take out the clips under the grille.

-Unscrew two screws on each side and release the lining.

-attach the fender liner to the side and Unscrew one screw on each side (spun up), which attach the corners of the bumper to the wings.

-on the perimeter in the bottom part Unscrew the screws (spun up).

-with the assistant release the latch in the wings and under the headlights and gently pulls the bumper itself. 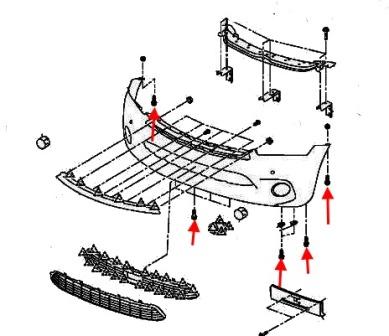 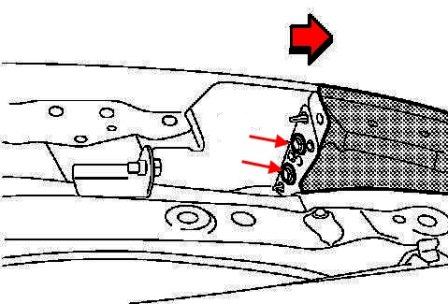 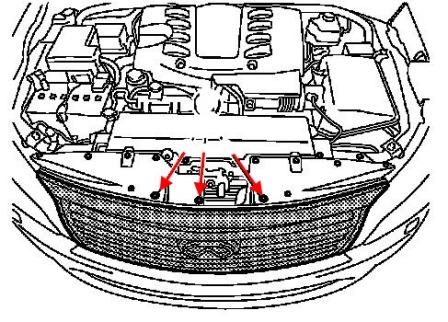 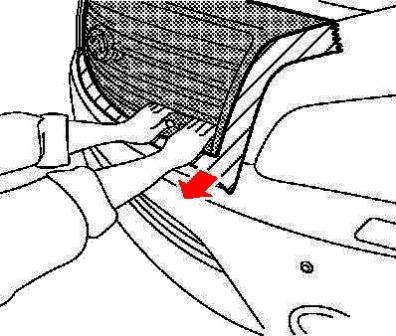 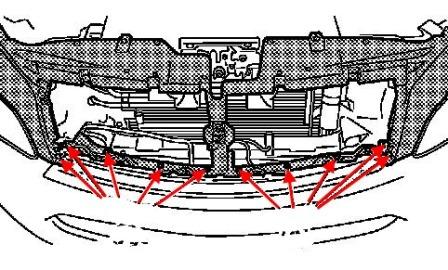 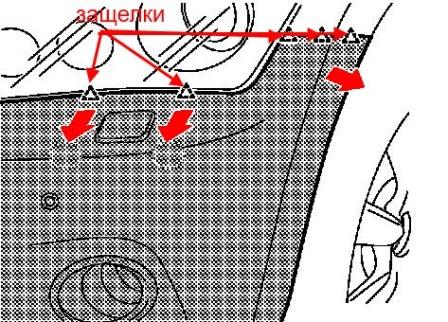 -in the opening, Unscrew the screws and remove the tail lights.

-the rear lights take out one piston and Unscrew one screw on each side.

-on the perimeter in the bottom part Unscrew the screws (inserted from the bottom up).

-move the wing flaps to the side and Unscrew one screw on each side (spun upwards) holding the corners of the bumper to the wings.

-assistant release bumper latches in the wings (pull on yourself), and gently pulls back. 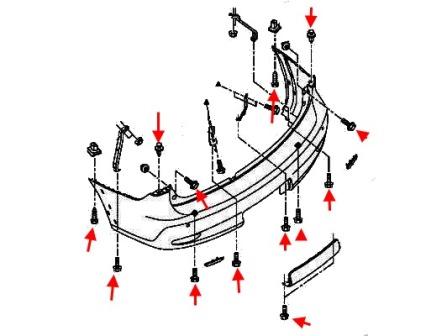 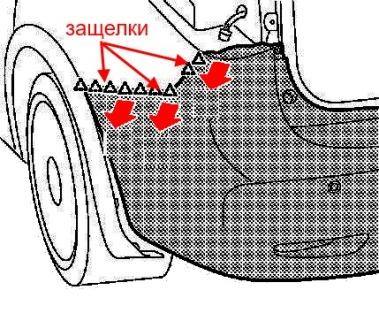