-take out the four piston and Unscrew the two screws that secure the top part of the bumper and the grille (the grille rests on the latch).

-Unscrew the screws around the perimeter at the bottom of the bumper.

-wheel arches is released from the latches lining of the wings.

-attach the fender liner to the side and Unscrew two screws on each side (twisted from top to bottom) that attach the angles to the wings.

-a thin flat screwdriver to release the bumper from the clips under the headlights and neatly with an assistant pulls on itself. 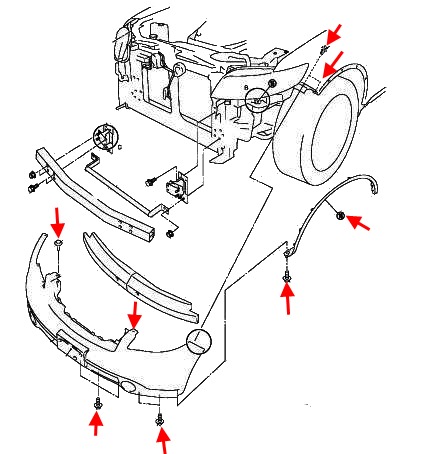 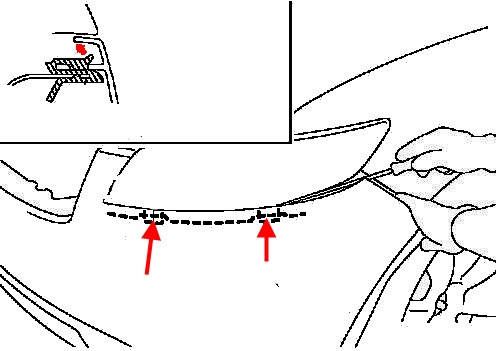 -open the boot lid and Unscrew the aperture screws.

-in the trunk, side panels, openable hatches.

-through hatches, Unscrew the screws (spun down).

-in the wheel wells, Unscrew the screws and release the latches lining arches.

-free lockers and Unscrew one screw on each side (spun upwards) holding the corners of the bumper to the wings.

-assistant free the bumper from the clips under the tail lights and gently pulls on itself. 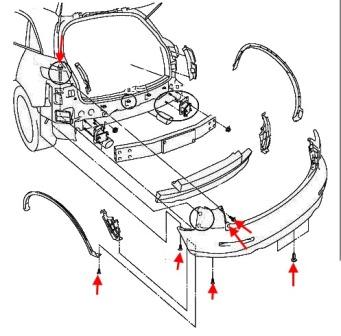 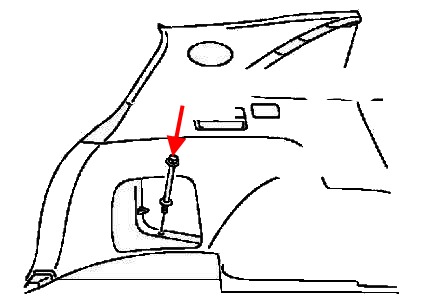 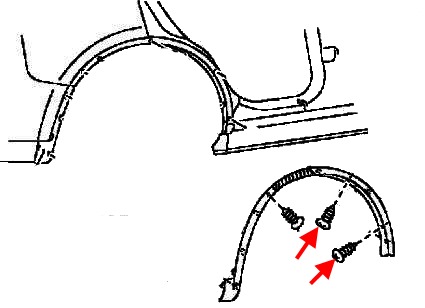