Depending on the model year and body type of attachment may vary slightly.

-under the hood, Unscrew the six screws that secure the top.

-under the license plate, Unscrew the two screws.

-around the bottom part Unscrew the seven screws. 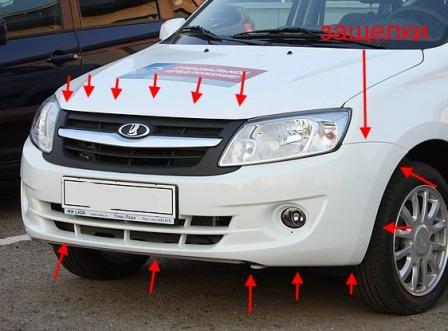 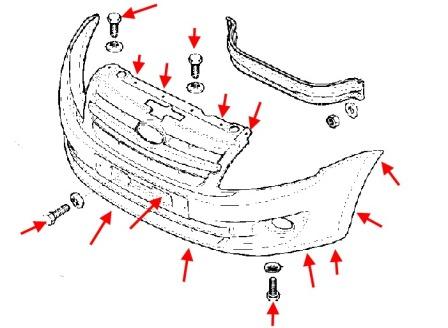 -release the trim panel in the trunk (need to access the rear part of the rear lights).

-for casings, Unscrew the nuts and remove the tail lights.

-Unscrew the screws under the rear lights.

-Unscrew the screws in the opening of the trunk. 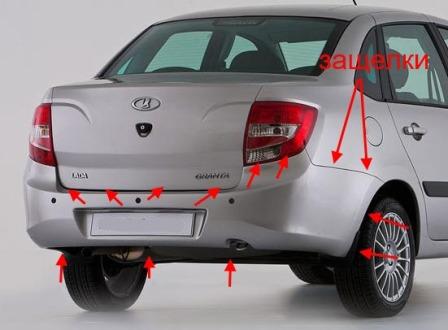 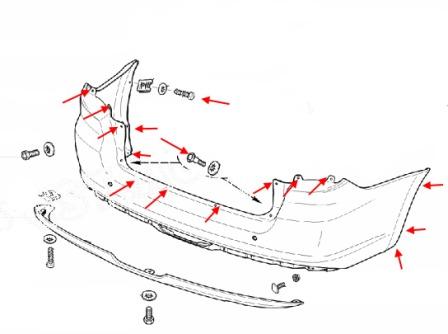