Depending on the model year and body type of attachment may vary slightly.

-under the hood, Unscrew the three screws and remove the grille (except sport).

-under the grille, Unscrew the four screws.

-around fog Unscrew  one screw on each side and remove the bottom grille.

-behind bars Unscrew the two screws (spun up).

-around the bottom part Unscrew the seven screws. 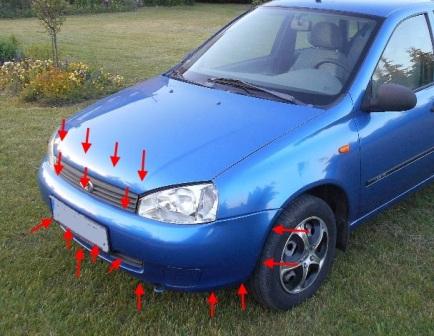 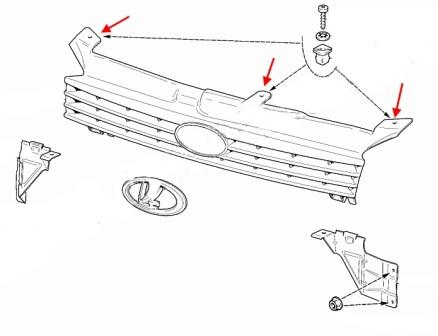 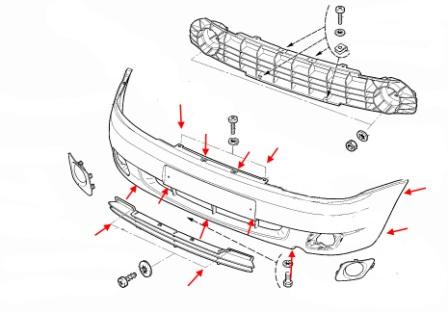 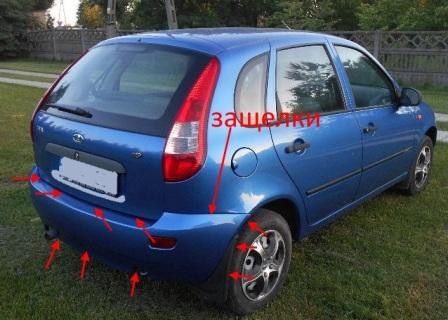 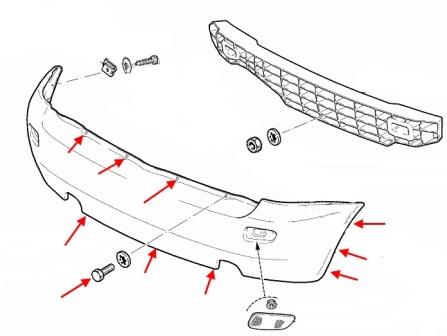