How to remove front and rear bumper Alfa Romeo 147

-under the hood, Unscrew the four screws (spun down) that secure the upper part.

-in the wheel wells, Unscrew the screws holding the wheel arch liners (to remove completely unnecessary).

-move the wing flaps to the side and Unscrew two screws on each side (spun upwards) holding the corners to the wings.

-switched the hoses to the headlight washers (if any). 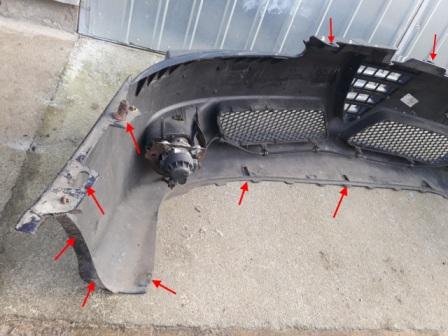 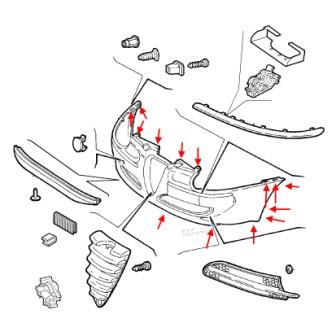 -Unscrew the perimeter of the bottom of the five screws (spun up).

-Unscrew the screws in the wheel arches that secure the fender liner.

-move the wing flaps to the side and Unscrew two screws on each side (spun upwards) holding the corners of the bumper to the wings.

-pulls back bumper (don't want to break the wires).

-remove the connectors from the light plate. 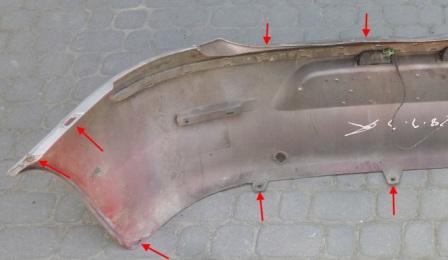 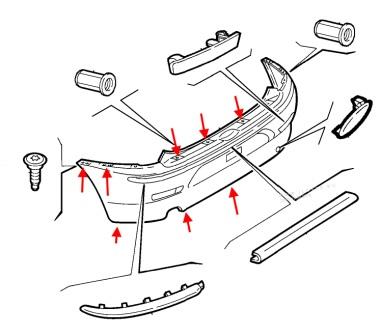 remove a bumper in Alfa Romeo