-under the cover we unscrew six screws and pull out two pistons that attach the radiator grill and the top.

-in the wheel wells, Unscrew the screws and peel the fender liner (completely remove it and Unscrew all the screws is not necessary).

-move the wing flaps to the side and Unscrew the screw that meter on each side (spun upwards) holding the corners to the wings.

-we release the latch in the wings (pull the corners themselves) and under the headlights (pull forward).

-with the assistant pulls  the bumper (don't want to break the wires). 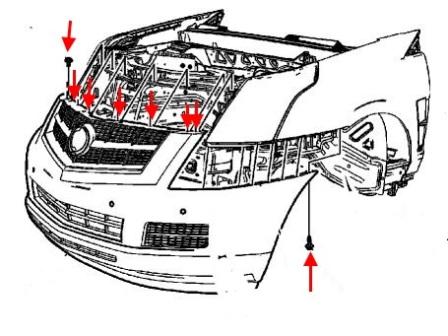 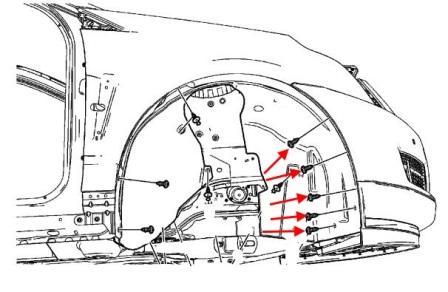 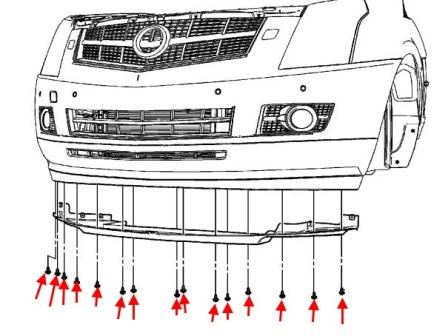 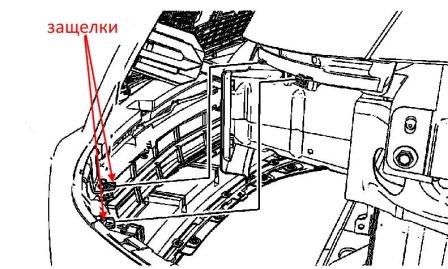 -in the wheel wells, Unscrew the screws and take out the caps that secures the wheel arches and corners of the bumper. 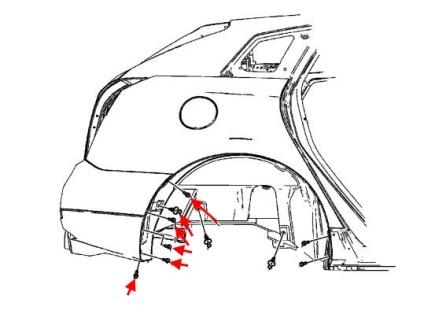 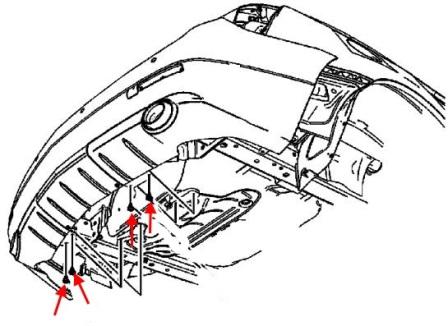 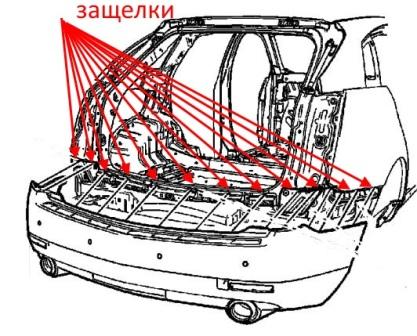